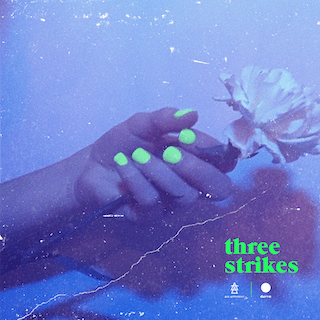 ‘three strikes’ introduces itself with lush vocals and a budding melody. AIR APPARENT and DAVVN inject their respective pop-infused sounds, creating a concoction of swirling harmonies. The alluring vocals provide a catchy overlay for the enthralling soundscape. A nod to the ageless proverb, “fool me once, shame on you; fool me twice, shame on me”, the lyrics represent the challenges of allowing oneself to be vulnerable in a new relationship after being hurt in the past. The lyrics “three strikes, then your off my mind” lend an enticing hook to the breezy chorus. Bridging the gap between genres, ‘three strikes’ is a majestic collaboration for both rising artists.

“DAVVN and I found each other via Soundcloud. When we shared demos back and forth, ‘three strikes’ really stood out to me because of both the delivery and lyrics. I felt like it was a gem the world needed to hear! From there, we collaborated back and forth on the track to try and achieve a sound that felt fresh, contemplative, poppy, yet rhythmic. So excited about where it ended up. I feel like it has the best parts of both of our artist projects: strong hooks, dreamy soundscapes, and rhythmic enough to make you move.” – AIR APPARENT

Neil Sethi aka AIR APPARENT has been tirelessly perfecting his craft for some time now. In 2018, he released his ‘Imaginary’ EP consisting of three bubbly electro-pop songs with heavy synths and soaring basslines. In 2019, he returned to the release radar with his ‘Color Dreams’ EP. The seven-track EP features passionate vocals and nostalgic soundscapes. AIR APPARENT is known for his studio prowess and thoughtful collaborations. He has featured an array of rising talent in many of his tracks.

The Boston based duo DAVVN (McCall Bliss and Michael Nuzzolo) has created some waves since inception in 2018. The duo offers a unique blend of indie-pop and edgy electronic elements. ‘three strikes’ follows two wistful singles ‘are you still watching’ and ‘gravity’, which feature sentimental vocals and mesmerizing melodies. Additionally, their collaborative single ‘Felt Something’ with Sleeping Lion has amassed a collective 150,000 streams across platforms. The burgeoning duo offers a refreshing genre-blending signature sound. 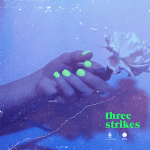