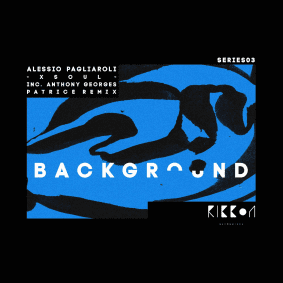 Alessio Pagliaroli grew up in Sabaudia, Italy and decided to devote his walk of life to Djing and delivering productions drawing from various styles from jazz to funk and soul to house and techno. Alessio became a resident DJ at La Stiva Club supporting artists such as Richard Dorfmeister, Donato Dozzy, Minilogue and many more and has since gone on to release an array of music on labels like Get Physical, Moodmusic and My Favourite Robot Records. ‘XSOUL’ sees Alessio re-join Ribbon Recordings after his remix for Basic Soul Unit back in 2017.

The original of ‘XSOUL’ kicks things off effervescent rhythms floating around shimmering vocals and stabbing synth notes before the ‘Dub Mix’ maintains the rolling energy adding resounding elements and alleviating pads in the distance.

Anthony Georges Patrice who has releases on Lossless and AZZUR then rounds off proceedings with a remix of ‘XSOUL’ that’s received early support from Quarion at Panorama Bar – this winding house cuts naturally balances weaving modulations, rolling percussion and emphatic grooves perfect for the dancefloor.