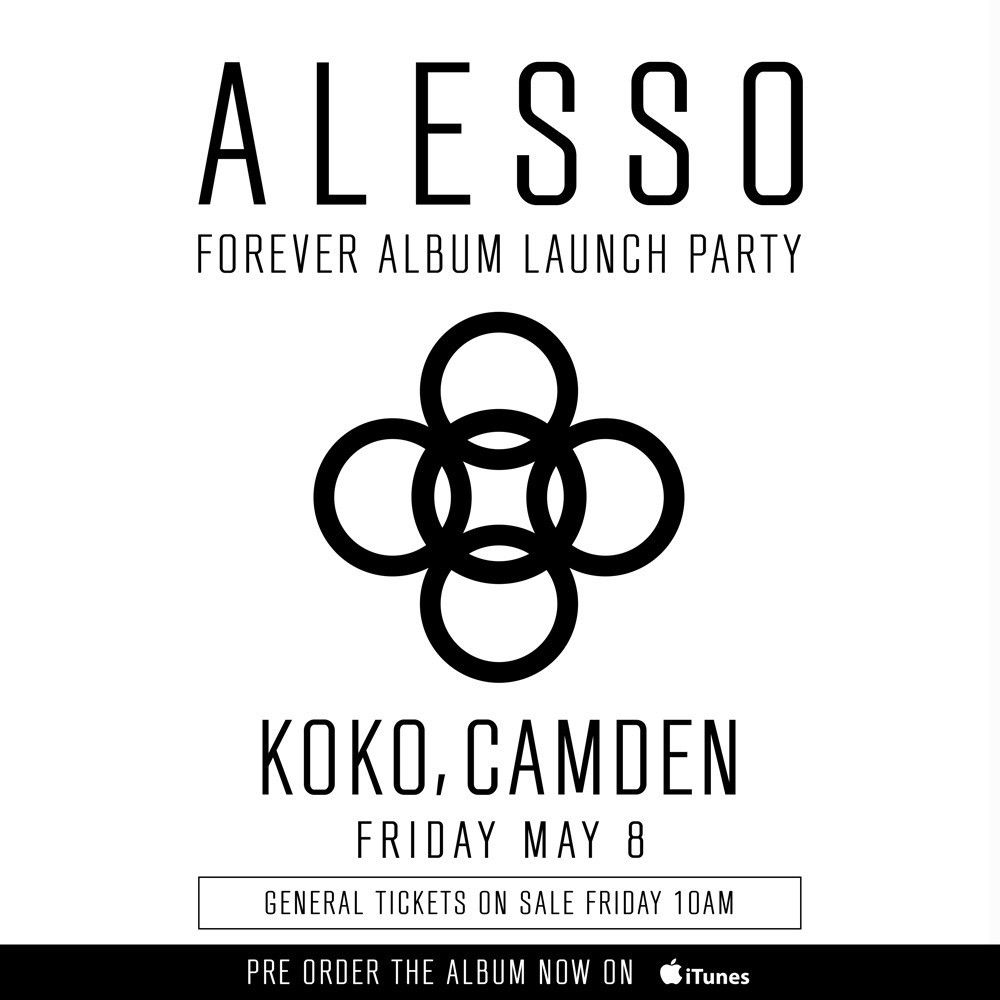 After recently revealing his debut album ‘Forever’ ahead of its release in May, Grammy-nominated Swedish DJ/producer Alesso has announced his return to the UK for a special, one-off London show at KOKO, Camden on 8th May.

Having previously sold out two nights at Brixton Academy in 2014, Alesso’s performance at KOKO will see the producer play to a crowd of 1400 – giving fans a rare opportunity to see him play a smaller, more intimate club space.

Alesso’s debut album ‘Forever’ is set to drop May 25th via Virgin EMI / Def Jam Recordings and is already available to pre-order now. The album will include collaborations with Calvin Harris, Ryan Tedder and more and also features his latest single ‘Cool’ featuring Roy English – a track which has already logged over 6 million views on VEVO in just a matter of weeks – as well as his smash hit ‘Heroes (we could be)’ featuring Tove Lo, which spent 5 weeks in the UK top 10 and was recently certified platinum in the U.S. with over 50 million YouTube views.

Tickets will go on general sale Friday 10am