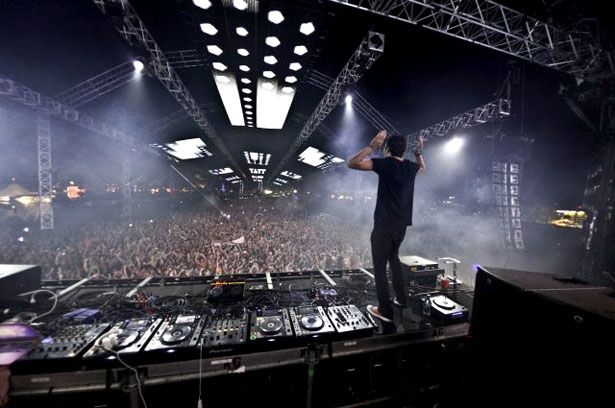 The first half of 2013 has been busy for Swedish DJ & producer Alesso, to say the least. With tours of India, South America and North America all already under his belt this year, as well as two sold out Easter Weekend shows in the UK and a momentous performance at this year’s Ultra Festival in Miami, his feet have barely had time to touch the ground.

This is not to forget his time spent in the studio either, with the recent release of his remix of OneRepublic’s ‘If I Lose Myself’ quickly racking up millions of plays, hitting the No.1 spot on Beatport and soundtracking countless moments of club euphoria.

Now with the summer season upon us, he is about to embark on a three-month long run of shows that will take him from his native Sweden to New York and just about everywhere in between. As well as joining Axwell and Sebastian Ingrosso for a number of performances at their Departures residency at Ushuaia, Ibiza, Alesso will be playing a series of festival dates including the first ever Balaton, EDC London, Tomorrowland, Sudoeste, Creamfields and a final date at Electric Zoo in New York, plus more shows to be announced.

Still in the early years of his career, Alesso has proven himself to be a matchless talent and one of dance music’s most exciting prospects in 2013. He has steadily amassed a string of anthemic club and chart hits that already boasts the likes of ‘Calling’, ‘Raise Your Head’, ‘Years’ and ‘Clash’ alongside remixes for Swedish House Mafia, Keane and David Guetta amongst others, with Radio 1 tastemaker Zane Lowe naming ‘Calling (Losing My Mind)’ his ‘Hottest Record of the Year’ in 2012. Add to this a peerless DJ reputation for wowing crowds across the world, and the summer ahead looks like it is going to be an extremely exciting one for Alesso.

See a full list of Alesso’s summer tour dates below.