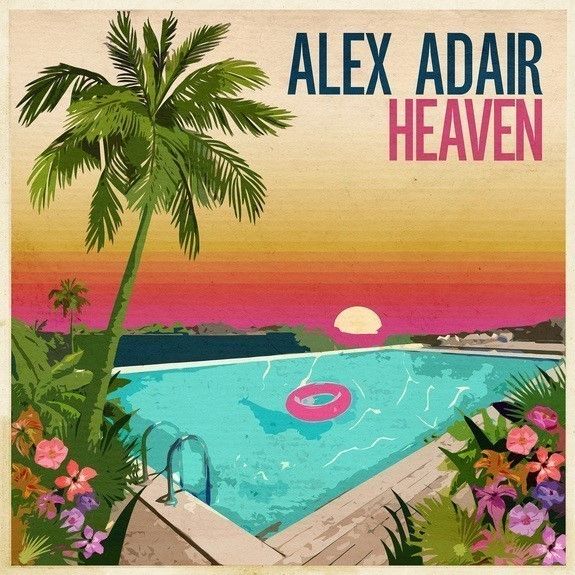 Alex Adair, producer, remixer and classically trained musician from West Sussex, is back with his long awaited follow-up hit of the year. ‘Heaven’, out now on the much-celebrated Black Butter imprint in the UK and ULTRA Music for the US is available to stream and buy across all major platforms.

Having cemented his name at radio and club with the hit ‘Make Me Feel Better’ earlier in 2015 – an undoubted contender for track of the year – Alex quickly shot to national fame for his incredible production talent. Fusing elements of tropical house, chilled electronica and an innate talent to write a hook, the track still buzzes across the Internet, radio and TV to this day. As such, it comes as little surprise that it has now amassed a whopping 10 million views on YouTube. With remixes for Ed Sheeran, Jessie Ware and Ella Henderson having the same success in the online world, Alex’s follow up is sure to be met with the same welcome response from his ever growing network of fans.

‘Heaven’ is no less of a production master class than tracks preceding it. With a topline so infectious it stays with the listener from the first play, the record cruises along with an ease and subtlety that belies his young years. With steel drums, a powerful backing of piano chords and fills from a horn section, the track is an incredible return and a firm reminder of Alex’s supreme talent in a densely populated realm of music. Watch this space for a huge remix package that promises to showcase some of the newest talent from the UK and Europe.

Following a debut performance at Brixton Electric in March, Alex’s career as a touring act is now well under way. Wowing crowds in London, Amsterdam, Frankfurt and more Alex is now well prepared for what is set to be his busiest month of the calendar. August sees Adair hit Kendal Calling, Ibiza, Creamfields and a big show at this year’s V Festival before moving on to Bestival in early September.