Alice Lewis – Your Dreams Are Mine 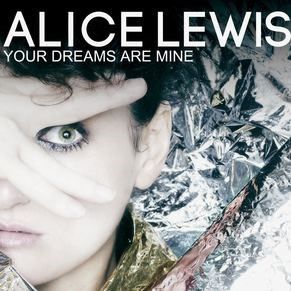 Alice Lewis – Your Dreams Are Mine

Following her début album in the form of an aquatic outburst (No One Knows We’re Here, released in 2010), Alice Lewis, has now become a colourful night creature and embarked on a new track with Your Dreams Are Mine.

Mixing electronic epics and melancholic ballads, Your Dreams Are Mine could be the merging of a female Nick Cave and the Updated 2015 Kraftwerk blowing hot and cold on the dance-floor or the listening room.

Here, Alice Lewis is unfolding her acute sense of pop melody, catchy and romantic, which complements dreamlike lyrics oscillating like a metronome between a zenithal light and abysmal depths.

One comes out of this journey utterly dazzled and filled with love for Alice Lewis.

Following No One Knows We’re Here, her début album in the form of aquatic outburst halfway between a siren and Venus, Alice Lewis has now become a colourful night creature and embarked on a new track, gliding along the heights of the new French scene (Chassol, Limousine, Chatelard, Paris), with Your Dreams Are Mine, her second project which brings together mainstream pop and formal research.

After a childhood spent in the UK, immersed in the synth-pop of Depeche Mode, Soft Cell and The Human League, Alice Lewis went on to study Fine Arts in Paris, where the practice of drawing, sculpture and installations eventually led her to write her first songs. In 2004, she travelled to China to study opera and to Taiwan to learn the zither. Whilst singing for Sébastien Tellier (on Politics) and composing music for a film (The Fox and the Child by Luc Jacquet, who also directed March of the Penguins) and adverts, she released her début album, No One Knows We’re Here. It was recorded between Paris and the English countryside and released in October 2010 by Naïve.

Produced by Ian Caple (Tricky, Alain Bashung), the album features twelve electro-pop tunes wrapped in string arrangements (performed by the quartet working with Tindersticks and The Divine Comedy), on which she placed her high and ethereal vocals reminiscent of a celestial Kate Bush or an Alison Golfrapp in Wonderland. Towards the beginning  of 2015, she completed her second album for the production of which she picked two young and audacious musicians, Maxime Delpierre (Limousine, Rachid Taha) and Frédéric Soulard (Poni Hoax, Vitalic).

For Alice’s very own wonderland can sometimes reveal nightmarish trappings: ghosts who have come to haunt her, a free-falling airplane (Let it fall, a political metaphor), towers erected in the middle of a desert where time is suspended (The Drought) …

Alice is a woman-child who protects herself as best as she can, rolling with the punches, waiting for a ship to come and rescue her in the middle of the ocean, humming in the river bed or dreaming she is made of stone (The Statue) so as to no longer feel… One comes out of this journey utterly dazzled and filled with love for Alice Lewis. She is as fearless as feathered beings can be, let us listen to her song…