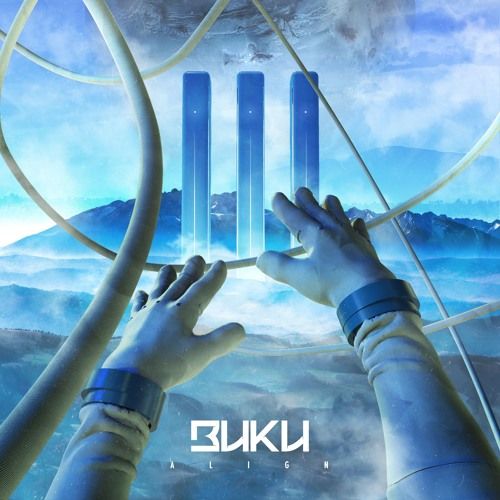 Buku can always be counted on to create high-energy, dancefloor-smashing tracks with a unique flair, and his latest "Align" certainly delivers on that promise. With its grinding bassline and complimentary synth-heavy vocals, the new track embodies Buku's signature style. "Align" is reminiscent of "Front to Back" in the vocal realm; in both tracks, Buku recorded his own voice and then doses it with some studio technology to transform into an otherworldly siren's song. The combination of bass and ethereal vocals creates a paradox of the sinister and angelic. "Not only is it super fun and strange, I think I created a tune that you can throw your hands up and belt out at the rave," says Buku of the track. Buku is distributing "Align" independently as a free download to thank his fans for their support, so you can listen again and again.

The world is quickly getting familiar with Buku; after his initial success with the fan favorite "Front to Back," Buku received the honor of the legendary Bassnectar remixing the track. His other releases include his "No Dramas" EP on Spinnin' Records, "Stop" with Tropkillaz on Mad Decent and his "Might Be" EP on Nest HQ. It's no surprise that Buku's talent seems unstoppable-his musical training on the drums dates back nineteen years, and he's never relented since. He's complimented his love of bass with other musical instruments, such as keyboard and guitar, and received formal training in music theory. His live sets have been earning him accolades around the world-he even went on an Australian tour last March and wowed crowds down under. Buku just finished an jam-packed fetstival season, where he hit up some of the U.S.'s most well-known clubs and festivals such as Sunset Music Festival and Something Wonderful, and is about to embark on a nationwide US tour. Keep an eye out for dates where you can experience one of his high-octane live sets in the near future!