Lost Frequencies ft. Axel Ehnström - All Or Nothing 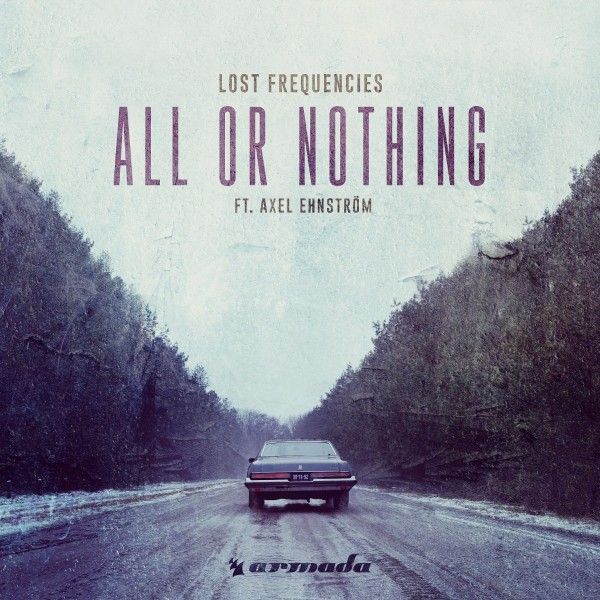 Lost Frequencies ft. Axel Ehnström - All Or Nothing

Lost Frequencies is unstoppable. While dropping brand-new single ‘All Or Nothing’ (feat. Axel Ehnström) on Armada Music today, the Belgian hit machine announced that he will join The Chainsmokers on their #MemoriesTour 2017.

A testament to Lost Frequencies’ globally renowned signature sound, ‘All Or Nothing’ is driven by a grand mixture of recognizable vocals, catchy lyrics and soothing Deep House vibes, a formula proven by its predecessors. The track’s contagiousness is off the charts, enabling it to rise as Lost Frequencies’ next potential super smash.

After indulging his fans with jaw-dropping live sets at iconic events such as Tomorrowland, Coachella and Lollapalooza, Lost Frequencies was drafted in as a special guest for The Chainsmokers’ forthcoming US Memories Arena Tour. Between May 26th and June 10th, the young Belgian joins one of the hottest duos of today for arena shows in Maryland, Ontario, Quebec, Massachusetts, Pennsylvania, Rhode Island and New York.

Lost Frequencies’ rise to fame has been nothing short of astronomical. His first two singles, ‘Are You With Me’ and ‘Reality’, earned the Belgian super talent gold, platinum and double platinum in a few dozen countries and had him hit #1 in some of the world’s most acclaimed charts, including the UK Singles Chart. Together with third single ‘Beautiful Life’ and fourth single ‘What Is Love 2016’, they also racked up around one billion streams on Spotify and YouTube combined. In addition to delivering such tremendous singles over the course of the past two years, Lost Frequencies will play the main stage at Tomorrowland 2017 and host his own ‘Lost Frequencies & Friends’ stage at the world-renowned festival for the second year in a row.