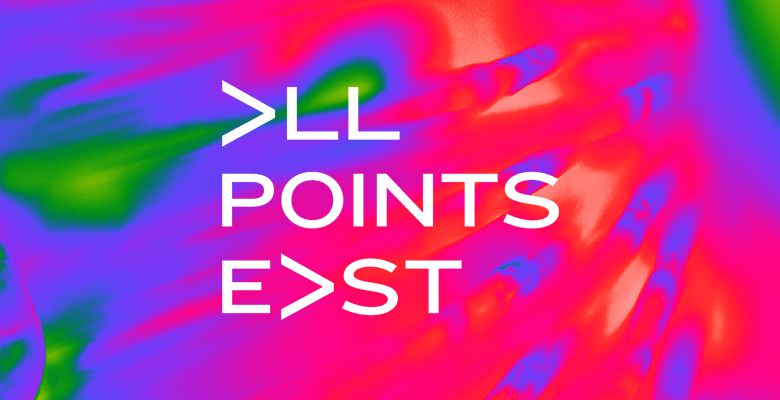 All Points East have announced a stellar batch of special guests joining the line up on Sunday 2nd June – the final day of the 2019 festival, on which acclaimed folk project Bon Iver will bring proceedings to a memorable end for their biggest ever show.

Joining Sunday’s bill is Ezra Furman, a rock’n’roll-flavoured singer-songwriter from Chicago. Ezra’s rich instrumentation and swooning melodies are straight out of the golden era of American pop, but his androgynous, sexually fluid identity is far from traditional. His latest album Transatlantic Exodus was released last year, and since then he’s provided the soundtrack for (and appeared in) the hit Netflix show Sex Education.

RY X is an Australian musician who writes and produces spectral, hushed songs simultaneously barely there and emotionally overwhelming. Like fellow All Points East acts James Blake and Bon Iver, he combines influence from minimal electronic music with the confessional singer-songwriter tradition. His 2016 track ‘Berlin’ was memorably covered by Sam Smith in BBC Radio One’s Live Lounge, and his debut album Unfurl arrived earlier this year.

The indie-folk alias of Alabama-born Matthew Houck, Phosphorescent has built up a cult following for the string of albums he’s released since 2003. A lot of critical love has been accrued along the way, with his albums and songs consistently cropping up in the year-end best-of lists of publications like Pitchfork and Stylus. After an extended sabbatical following 2013’s Muchacho, he returned with the introspective, personal C’est La Vie in 2018.

Frustrated with a musical career that was barely getting off the ground, Charlie Cunningham moved to Spain to study flamenco guitar for two years – a decision that subsequently paid off in spades, as anyone clued up on his austere, atmospheric music will attest. His debut album Lines (2017) gained significant exposure, and recent singles hint at more new material coming soon.

These acts will join the iconic headliner Bon Iver. Since the the cabin-in-the-woods isolation of 2007’s debut LP For Emma, Forever Ago, Bon Iver have established themselves as one of the most ambitious, creative and genre-defying bands around, with two Grammy Awards and several BRIT nominations to their name.  Vernon’s appearance at All Points East will also come fresh off the back of performances with Big Red Machine, his collaborative project with The National’s Aaron Dessner. The duo released their eponymous debut in mid-2018 to critical acclaim.

Each release has seen the group, spearheaded by Justin Vernon, reinvent their sound and style, most recently on 2016’s 22,A Million. The album received critical acclaim, frequently appeared on media’s ‘Best Of The Year’ lists, and translated into an equally riveting live performance – the latter highlighted via Bon Iver’s epic eight-night residency at London’s Eventim Hammersmith Apollo.

Already announced as playing alongside Bon Iver are: Mac DeMarco, sure to bring his trademark ‘jizz-jazz’ and notorious stage antics to Victoria Park; First Aid Kit, a duo of Swedish sisters who have released four beautifully rich and elegant records over the last decade; cult American singer-songwriter John Grant; Kristia Matsson aka The Tallest Man On Earth, who easily outshines frequent ‘heir to Dylan’ labels; Julien Baker, whose candid, captivating songwriting enchants audiences around the world; Snail Mail, whose debut Lush cementer her as one of 2018’s breakout indie stars; and Congolese collective KOKOKO!, who fuse their love of electronic music with African and Arabic sounds.

East London’s beautiful Victoria Park in Tower Hamlets also hosted a hugely popular 4-day community focused midweek event last year. Kicking off on the second Bank Holiday Monday, In The Neighbourhood is set to return across the half term week for 2019. Featuring free access to the All Points East site, In The Neighbourhood will host a vibrant programme of activities and entertainment, in collaboration with the local community, businesses, organisations and suppliers. From free Outdoor Cinema, Live Music and Entertainment, Street Food to Pop Up Bars, Theatre, Arts, Sports & Wellbeing, Children's Activities and much more.