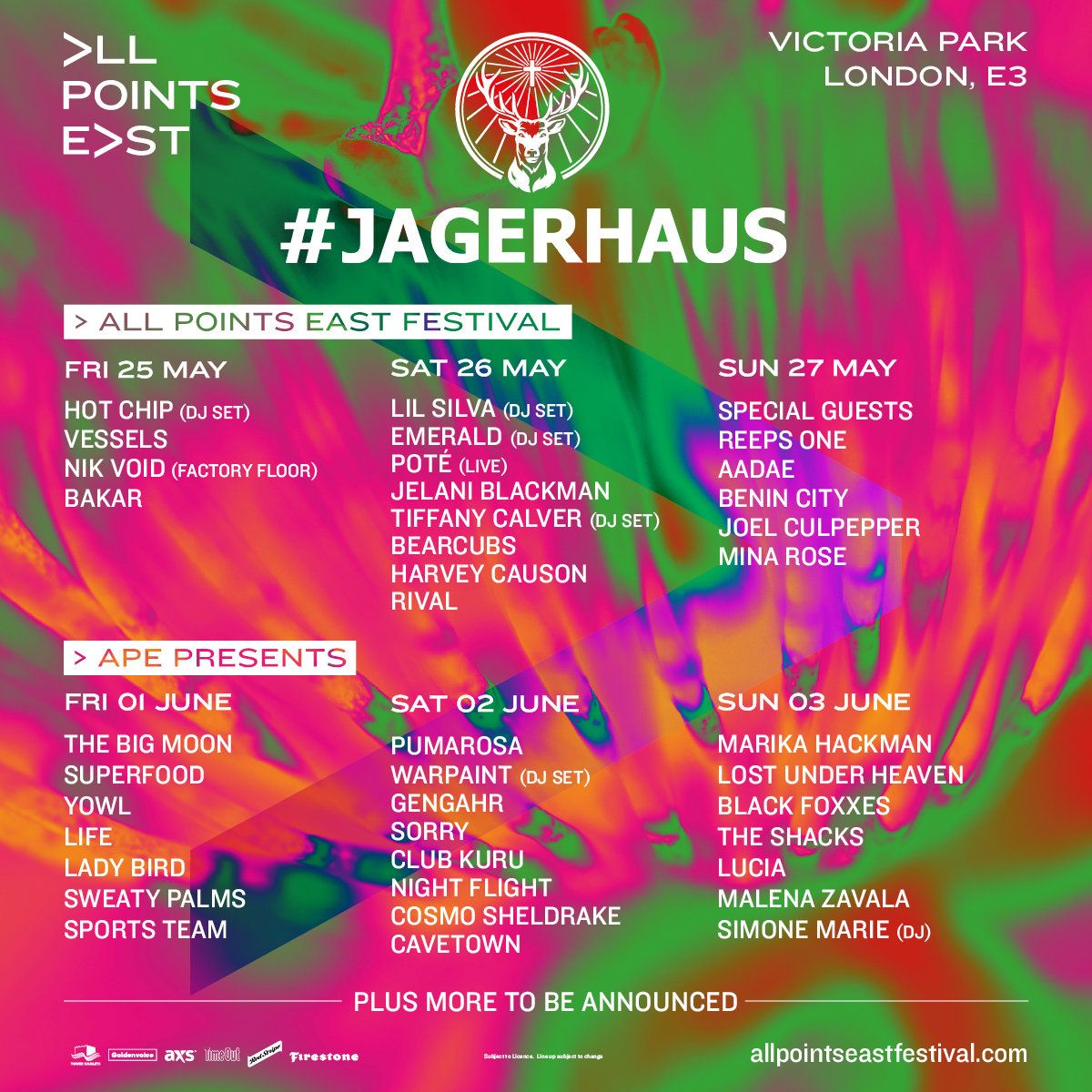 Featuring a festival weekend headlined by LCD Soundsystem, The xx andBjörk alongside a free midweek programme and three huge APE Presents… shows headlined by Catfish and the Bottlemen, The National and Nick Cave & The Bad Seeds, the inaugural All Points East in Victoria Park continues to expand with the addition of two new stages and a free midweek music schedule.

With a commitment to giving the park back to local residents and Londoners for the days in between the two huge weekends of music, APE In The Neighbourhood will host an eclectic, free music programme including sets from47SOUL’s fusion of traditional Palestinian street music and deep electronic beats, Dutch psych trio My Baby, Kosheen’s Sian Evans and the Hackney Colliery Band as well as DJ sets from Too Many Man ft Fay Milton (Savages), Gypsy Disco Soundsystem, DJ Chris Tofu MBE and many more across the four days. There will also be free first come, first served screenings of films including Moana, Suffragette, Made In Dagenham, The Little Mermaid, Dirty Dancing, The Breakfast Club, Yeh Jawaani Hai Deewani, Crouching Tiger Hidden Dragon, The Big Sick, Sing, The Lion King and Moulin Rouge alongside the previously announced bank holiday All Points Equal programme celebrating 100 years of voting for (some) women. Full midweek programme can be found at https://www.allpointseastfestival.com/in-the-neighbourhood

These all join the lineup of All Points East, the ten-day event premiering this year. All Points East encompasses this huge, diverse three-day music festival followed by a free to access 4-day community-focused midweek programme of comedy, food, outdoor cinema and more to reflect the vibrancy of the park’s surrounding area. The event culminates in three huge APE Presents… shows with Catfish and the Bottlemen headlining the event on Friday 1st June 2018, Saturday is headlined by Grammy winners The National, and Nick Cave & The Bad Seeds headline the finale on Sunday 3rd.