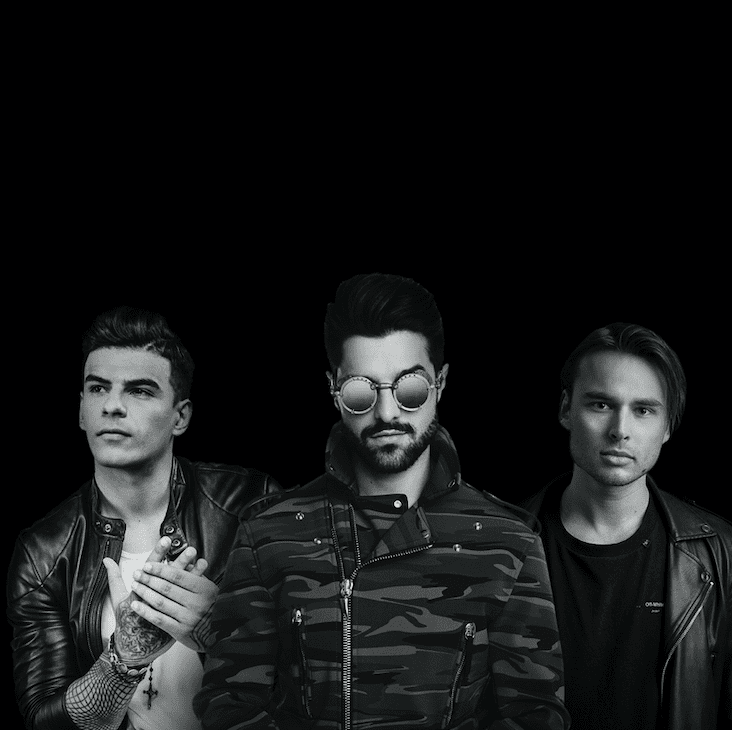 Brazilian superstar acts Alok and Vintage Culture have debuted their highly-anticipated new single ‘Party On My Own’ with FAULHABER. Set for release on Friday, August 28th via CONTROVERSIA, the single is the first collaboration between the two Brazilian artists who will both donate their own royalties from the single to benefit the Fraternidade Sem Fronteiras (Fraternity Without Borders) and the AACD (Associação de Apoio à Criança Deficiente (Support Association for Deficient Children).

Over the past few months, fans have been eagerly awaiting ‘Party On My Own’ and now Alok, Vintage Culture and FAULHABER are here with this summer’s hottest dance record. Opening up the single with a sultry vocal sample,  ‘Party On My Own’ follows a dark and ominous tone about a failing romance and feeling alone in the relationship. Alok and Vintage Culture partner their production with dark undertones, poignant drum patterns and a thumping bassline to create a deep house track that puts listeners in a trance-like state. ‘Party On My Own’ proves Alok and Vintage Culture’s ability to craft exceptional dance records where they continue to set the bar high with their globally-recognized tracks.

‘Party On My Own’ arrives just one week after Alok’s collaboration with KSHMR and MKLA on ‘Let Me Go’ and is the second single to debut this month on Alok’s label CONTROVERSIA. As an artist who champions other Brazilian acts, Alok has spent the past year building his imprint CONTROVERSIA where he has released music with other rising talent in Brazil including Sevenn, Felguk and Bhaskar and now collaborating with Vintage Culture on ‘Party On My Own’.

Alok is a bonafide superstar in South America with​ over 2.1 billion streams ​and​ 14 million monthly listeners on Spotify ​across​ ​massive hits such as ​“Hear Me Now” (​Brazil’s most-streamed song ever on Spotify BR)​, “Never Let Me Go” ​and ​“Big Jet Plane”.  A power-house on social media, Alok is the second biggest dance artist globally ​with over ​21 Million Instagram​ followers. ​He was​ voted #​ 11 ​in ​DJ Mag Top 100 ​awards and recently released hit remixes with the likes of Dua Lipa and The Rolling Stones. Last month, Alok debuted his latest hit single ‘Don’t Cry For Me’ with Martin Jensen and Jason Derulo, which has already brought in over 10 million streams to date. Alok has achieved a major milestone in his career this year with the one year anniversary of his label CONTROVERSIA. Since its inception, CONTROVERSIA has released 14 tracks, accumulated over 100 million Spotify streams and 50 million YouTube views to-date, and is quickly becoming one of the most successful labels in dance music.

Vintage Culture is widely regarded as one of the most influential Brazilian acts of his generation, who has racked in about one billion combined streams on Spotify and Youtube. In 2020, Vintage Culture has topped the Billboard Dance Club Charts twice with his undeniable hit, “In The Dark” with Fancy Inc. and his following single “Deep Inside of Me (feat MKLA) and Adam K”. Slow Down (feat Jorja Smith) by Maverick Sabre, remixed by Vintage Culture and Slow Motion, scored around 40M streams combined and 12M hashtags on Tik Tok just two months after its release. His recent single with Tiesto ‘Coffee (Give Me Something)” has become an instant classic, reaching over 1 million Spotify streams just days after its release. Vintage Culture’s self-owned branded festival series, Só Track Boa, is setting attendance records in Brazil and now filling venues in North America, such as sold-out shows in New York, San Francisco, Miami, and Boston.

FAULHABER is one of the latest talents to emerge from the esteemed Dutch dance music breeding grounds. By the age of 16, he was already spending every weekend at local clubs in his hometown of Oldenzaal in the Netherlands studying to perfect his craft. Now hailing from Amsterdam in the Netherlands, young DJ and producer FAULHABER teamed up with esteemed vocalist Jake Reese for his first single ‘Savannah’, a playful summer tune, which has garnered more than 3 million streams on Spotify and 15 million views on YouTube.

With the release of Alok and Vintage Culture’s ‘Party On My Own’ with FAULHABER, Alok continues his month-long celebration of CONTROVERSIA’s anniversary by dropping a massive single featuring two of the most prominent acts in Latin America. ‘Party On My Own’ will be available on all streaming platforms Friday, August 28th. 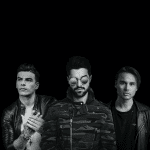