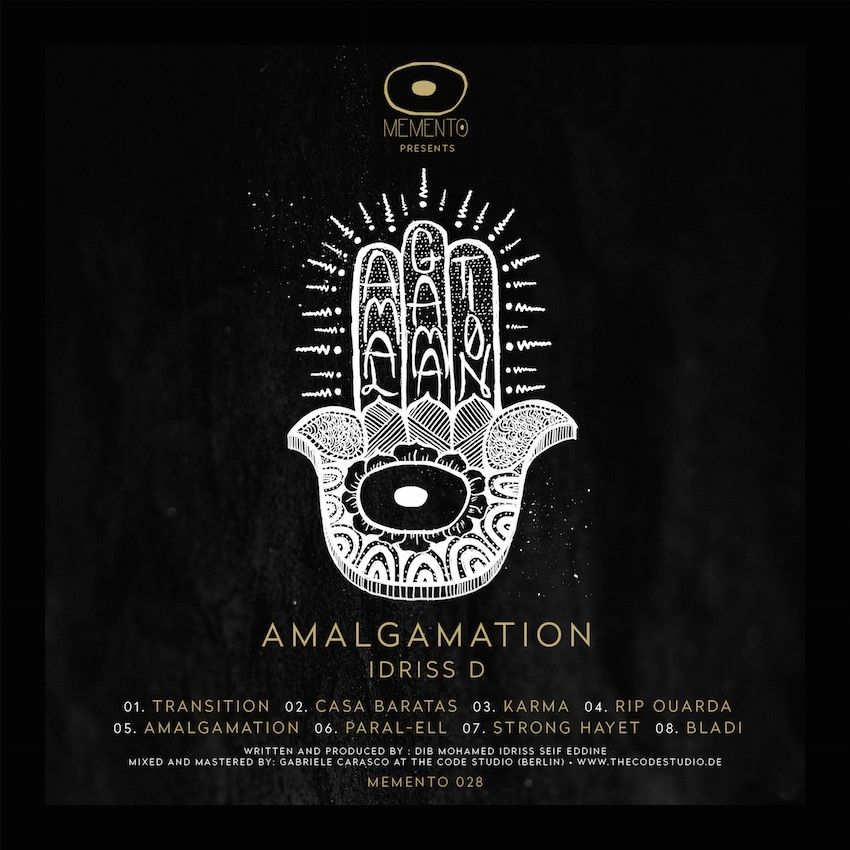 After more than 10 years at the forefront of Italian dance music and a string of successful EPs to his name, Idriss D is set to release his debut album. Conceived, at first, as a succession of singles for his “Dib 00” series (the first two being Constantine and Alger), the project then became more of a focused selection of dance floor tracks, carefully curated and produced by Idriss, drawing influences from the very heart of the night club.

The title “Amalgamation” comes from the desire to bring together his life experiences over the last few years this time exclusively concentrating on the musical and managerial aspects of his career – creating an authoritative voice on the sound of Italy’s clubbing landscape.

Idriss D’s approach to music started when he was just fourteen: he got his first turntables while he sought his artistic influences and developed his musical taste and personal vision. After moving to Italy, having grown up in Paris, Idriss quickly established himself among the biggest names in the game which led him to play at some of the most renowned venues in the country such as Echoes, Cocoricò and Red Zone.

In 2006, a chance meeting with Berliner Fabrizio Maurizi formed the basis of Memento Records – established now as a forward thinking label with releases from Luciano, Paco Osuna, Argy, Tom Clark, Okain and many more. Idriss joins his own friends, colleagues and mentors to release his debut long player on Memento.

Transition’s atmospheric vibe and ethereal sounds open the LP with a blast of hazy vocals and noises, followed by the percussive and trippy Casa Baratas, a nod to the early 90s Acid House movement. Karma’s pounding kick drum and stripped down arrangement are a true example of minimalistic Techno at its wildest. The more personal RIP Ouarda was composed in memory of his grandmother who passed away: dark and hypnotic, it stands out as one of the most experimental on the album. Title track Amalgamation’s landscape of lush eerie synths makes it a blissful comedown number, while the bouncing rhythm in Parall-el brings up the pace once again. Strong Hayet is dedicated to his mum, a source of continuous strength in Idriss’ life, both in good and difficult times: the heavy bass line and almost obsessive looping vocals and hi-hats are icy and dramatic. Barn’s pitch shifts and manic vocal samples swing through a maze of rim shots and toms, its stomping groove and pulsing beats closing off the album with a bang.