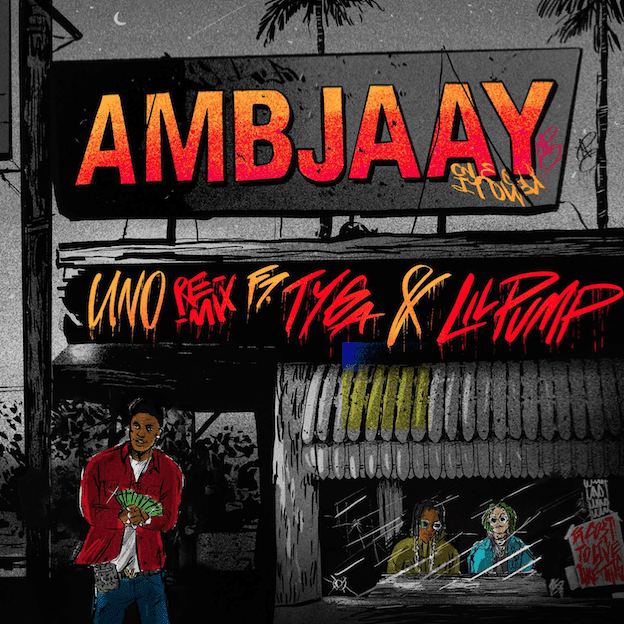 by ihouseuadmin
0 comments
Having taken over video platform Tik-Tok with the smash ‘Uno’, which continues to spiral upwards of 33 million YouTube views and 75 million streams, rapper Ambjaay teams up with Tyga and Lil Pump for the remix.
Released early this year, the single goes for another round of success as the additional dose of starpower rejuvenates the original and injects new lyrics, including a fresh verse from Ambjaay himself, into the career launching hit. Packing three rappers in to a record less than 2 minutes long, the remix gets raunchy thanks to Tyga and also takes on further Spanish influence as Lil Pump hits out some multi-lingual bars.
Pronounced AM-BEE-JAY, ‘Uno’ is the 19-year-old rapper’s breakout record which has fast-tracked him to stardom, gaining co-signs by Drake, Tyga, Meek Mill, Kehlani & Wiz Khalifa along the way.
Featuring on 25+ Spotify Viral Charts around the world, breaching Global and US Shazam charts and sitting on UK national radio stations such as BBC Radio 1Xtra, “UNO” became one of the most recognisable fun hits of the summer, especially given its path to fame. Following Ambjaay’s debut EP release ‘It Cost To Live Like This’, “UNO” organically took a life of its own after gaining traction in high schools across LA. The songs catchy mix of English and Spanish lyrics, and infectious beat became THE party anthem amongst teenagers worldwide, particularly on Tik Tok where it has been used over 3M+ times. 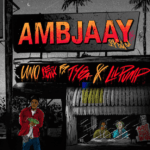