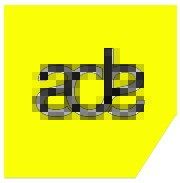 The nineteenth edition of the Amsterdam Dance Event (ADE), which this year takes place October 15th-19th, will feature international hardware and software brands presenting their latest products, alongside an array of international stars and speakers at ADE Playground. Central to these encounters is the Flemish Cultural Centre De Brakke Grond, which for five days will be the home of the ADE Playground Gear program and ADE MusicTalks. ADE MusicTalks has already confirmed several major names, including film composer Hans Zimmer, DJ and singer Boy George, and Dutch film and video game composer and producer Junkie XL.

ADE Playground is now a five-day series of events that consists of pop-up stores, hardware workshops and master classes, as well as photography exhibitions, fine art, films and documentaries, all of which reflect the many faces of global dance culture. With its 30 locations spread throughout the city, ADE’s organisers felt it was time to put the ADE Playground Gear program and ADE MusicTalks under one roof, leading to the The Brakke Grond being chosen to act as a Producers Hub; a place where producers, DJs and top brands come together.

For this year’s edition, ADE has organized a substantial program of master classes, workshops and product presentations by top brands including Ableton, Native Instruments and Waves. In addition, there will be a focus on leading artists and producers at ADE MusicTalks, which features intimate conversations with top names from around the world including world-famous German film composer Hans Zimmer, British DJ and singer Boy George and the Dutch producer and film composer Junkie XL.

Entry to the ADE Playground Gear program in the Brakke Grond is free of charge, with the exception of the ADE MusicTalks, for which an ADE Card is obligatory. An announcement featuring the entire program will be made in the lead-up to the event.