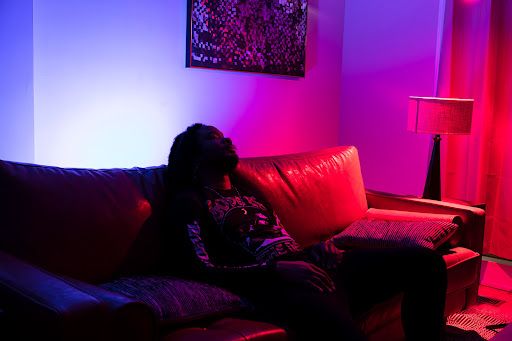 As oversaturated with paint-by-numbers productions as contemporary electronic music may be, Nazariff—real name Rodger Edmonds, beautifully blurs the line separating mainstream from obscure. An inventive and capable producer who has helped shape the soundscapes of numerous hip-hop, rock, and pop artists painting them with dark overtones, his solo releases exhibit broader dimensions than the trap and future bass tracks to which they most closely compare. In addition, he has composed score pieces for TV films. We sat down with the Washington D.C.-based producer to discuss his influences, upcoming releases, and more.

Hey! Introduce yourself. Where are you from?

My name is Rodger, but I go professionally by Nazariff. I’m from Washington D.C.

When did you start making music?

I started making music in high school, just making beats for local rappers. After I graduated I joined a metal band and toured for a bit, and after that, I spent some time in LA producing for pop artists. Now I produce and perform as a DJ. It’s been an interesting journey, to say the least.

Who inspired you to start making music?

Honestly, my piano teacher. I took classes as a kid and when I started making beats something just clicked, it opened me up to a world of possibilities.

How would you describe your music style? Dark, emotional, gritty, and euphoric. It’s like a sonic melting pot of Trap, EDM, Pop, Hip Hop, and Synthwave.

Who are you listening to now?

Right now I’m listening to a plethora of genres and artists. Some standouts are Ghostmane, Haim, Gessfelstein, RL Grime, Crywolf, and The Weeknd.

What’s your best project or single so far?

My latest single “Your Spell”. It’s like a hybrid of Pop, Trap, and the obscure microgenre Witch House—it performed pretty well on streaming … I was really surprised.

Any upcoming releases from you to look out for?

Right now I’m working on a few bodies of work, probably an EP or two and a few singles and covers also a few collabs.

For sure. Nick Steffen, Blvksite, Julius Jetson, The Banditz, and Camille Michelle Gray!

Don’t miss out on anything that Nazariff has going on—follow him on Facebook, Twitter, Instagram, TikTok, or Snapchat or head over to Spotify to listen to all of his music. 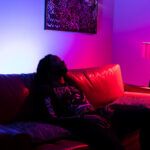