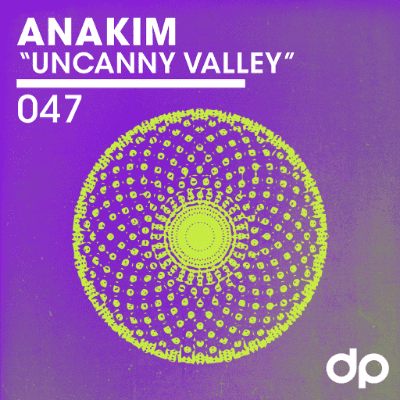 Perfectly crafted for the club environment, ‘Uncanny Valley’ is an extensive track that reels party-goers in with its progressive bass line and trademark use of a mysterious sonic tone. As an artist whose music thrives in the underground scene, Anakim’s track represents a tech-heavy style that is well received on dance floors throughout the globe and keeps listeners engaged for the full 8-minutes.

Bursting into the growing underground scene of Los Angeles, dark techno producer Anakim has quickly solidified his brand and made a household name for himself in the dance music community. 2019 has already proven to be a breakthrough year for Anakim. Between making his debut at Las Vegas’s premiere house & techno event Art of The Wild, winning,  Insomniac’s Discovery Project competition to play Beyond Wonderland, playing on the ‘Wide Awake’ art car at EDC Las Vegas Anakim’s track-record has proven to go nowhere but up.

Anakim will also continue his residency at Los Angeles nightclub Sound, playing alongside the hottest house and techno acts coming through the city. Catch his next set on Thursday, July 18th at Sound Nightclub alongside Fangs and Midnight Society.

Known for curating a strong list of talent and nurturing sounds that never sleep, Insomniac Records is a home to some of the most iconic DJs and producers in dance music. Having released an array of projects with the likes of Chris Lake, Chris Lorenzo, Cut Snake, Sonny Fodera, Bingo Players and more, Insomniac Records has built a reputation as one of the premiere record labels in the nation.

The progressive, tech-house track ‘Uncanny Valley’ is coming to a dance floor near you on July 12 viaInsomniac’s Discovery Project.