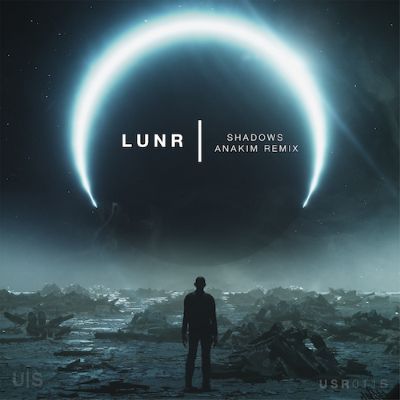 Following the release of his his single ‘Mastodon’, dark techno producer Anakim has released his remix for LUNR’s ‘Shadows’ feat. Max Comeau, dropping on Understated Recordings.

After bursting onto the scene in 2018 with a debut collaborative EP on mau5trap with techno visionary Eekkoo, LUNR, Montréal-based electronic music producer, has released a litany of luminous creations. Perfectly complimenting LUNR is the signature sound of Anakim, a powerful production prowess which can be only described as “intergalactic underground sounds”, the perfect accompaniment for interstellar travel.

“This one is really full circle for Understated because Anakim introduced us to 28mm, who introduced us to LUNR, who specifically requested Anakim for remix duties, and now we have an incredible production that came as a result of these friendships and a mutual love and respect between all of us and this dark, melodic and progressive sound” the Understated Recordings crew says of the remix.

2019 has already been a colossal year for Anakim, having shared the bill with Bedouin, The Martinez Brothers, and Damian Lazarus in Las Vegas at the premiere underground dance music weekender Art of the Wild. Next on the tour schedule is EDC Las Vegas, where attendees will be able to catch a set on the move from Anakim on the infamous Art Car roaming the grounds. Anakim will also continue his residency at Los Angeles nightclub Sound, playing alongside the hottest house and techno acts coming through the city.

Hailing from Los Angeles, Anakim has released singles on Artist Intelligence Agency, Krafted Underground, Deer Dear Records, and in the past year has made his debut at Coachella Music Festival’s Yuma Tent, Holy Ship 9.0, Beyond Wonderland, the Fonda Theater, and The Observatory.

Launched in October 2016, Understated is a community, event series, and DJ crew that has been creating some of Los Angeles‘ most hotly tipped underground parties and club events. Understated Recordings is the label powered and curated by the Understated events team, focusing on house, techno, and everything in between that’s coming out of LA’s thriving underground dance music scene.