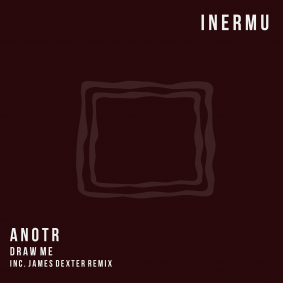 Amsterdam duo ANOTR make their debut on Inermu to close out May as they’re joined by label boss James Dexter to deliver ‘Draw Me’.

Founded in late 2015, James Dexter’s flourishing Inermu imprint has become one of London’s most exciting new labels of note within the world of house music, with artists such as Mihai Popoviciu, Chris Stussy, Clive Henry, Tuccillo, Dudley Strangeways and more releasing across the label’s digital and vinyl only series to date. Next up, Dexter welcomes fast-rising Amsterdam based duo Jesse van de Heijden and Oguzhan Guney, aka ANOTR, who arrive fresh from appearances at the likes of Shelter, Printworks, Claire and fabric, and recent outings on Solid Grooves and their own NO ART imprint to reveal two fresh cuts in the form of ‘Draw Me’ accompanied by the label boss himself on remix duties.

Title track ‘Draw Me’ opens the package as rolling, loopy percussion and slick bass patterns combine fluently with infectious vocal hooks and hazy background atmospherics, whilst Dexter’s remix harnesses dubby pads alongside deep, rich chords, regimented drums and a snaking groove throughout. ‘Try Try Try’ closes the EP in fine style, as the pairing up the tempo and introduce metallic drums, murky low-end tones and a bubbling lead line to punctuate yet another impressive release for both artist and label.