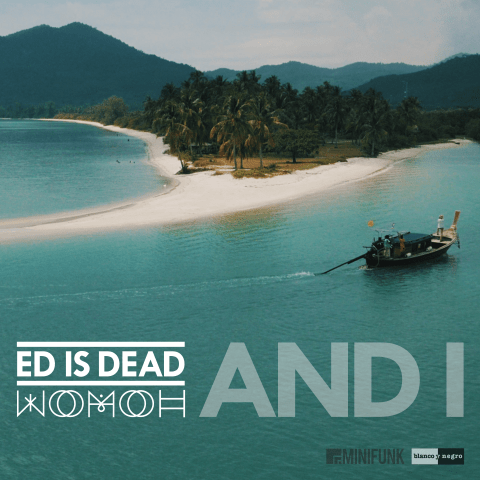 Acclaimed Spanish DJ, producer and composer and current ‘Vicious Magazine Awards Best Electronic Music Producer’ winner Edu Ostos – aka Ed is Dead is back with his new single, ‘And I’ (Minifunk/BlancoyNegro). Made with fellow Spanish artist WOMOH, member of acclaimed Spanish band Dremen.

With blissful beats and an understated addictive vocal from newcomer NN ‘And I’ is the perfect slice of chilled electronica for the summer. Complete with an equally chilled and sun-filled video, filmed on location in Thailand and directed by Mauri Galiano.

It has been almost a year since Ed released his debut album, ‘Change’ now licensed by BlancoyNegro and available as a special digital edition including "And I" as a bonus track. With an array of guest vocalists, Ed’s album ‘Change’ showcases the work of a versatile and accomplished producer and songwriter, encompassing elements of electronica, dance, rock and classical music – all genres that have influenced him throughout his career. “I wanted the album to use the organic side of electronic production,’ says Ed. ‘And to show that electronic soul can not only reach your heart as well as your feet.’

Edu has been making music for over 15 years, playing in various different bands before carving a name for himself in the electronic music scene as DJ and producer. Performing under various different guises he has toured with the likes of Santana, Manu Chao, Asian Dub Foundation and even Slipknot. He’s released music on Universal and Warner Music and has hit number 1 on the Spanish iTunes chart several times. He’s also been nominated for eight Spanish Electronic Music Awards, and has DJ’d all over the world and has his own weekly show on Ibiza Global Radio. In 2015 he won the award for ‘Best Spanish Producer’ by Spain’s prestigious Vicious Magazine.

This summer Ed is touring with his band and can be seen at numerous festivals including SOS, SONAR or Arenal Sound among others…