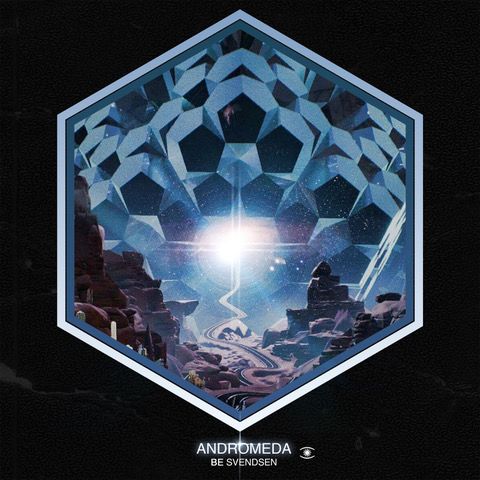 Music For Dreams has signed a global recording contract with musician and DJ/producer extraordinaire, Be Svendsen. The first fruit of the harvest is the single release of Woomoon, Ibiza anthem ‘Andromeda’ on Friday 1st December, followed by an artist album in 2018.

‘Andromeda’ invites the listener on an evocative journey. Far from your everyday club track, it dives into the analogue realm of nostalgia, with an almost rock-feel drum beat and classic analogue synth melody-line leading to a vibraphone breakdown and a drop that turns everyone on the floor into a hero.

Be, who was initiated into the Woomoon family in Tulum, Mexico and Ibiza, extensively toured all major cities in the US in 2017 and has performed his live show at festivals including Tomorrowland in Belgium; BPM in Mexico, Fusion in Germany, BOOM in Portugal, Get Lost Miami, DGTL Amsterdam, Secret Garden Party UK, Oregon Eclipse, Robot Heart Burning Man, Rainbow Serpent Australia, Chill Out in Turkey, Afrika Burn SA, Midnight Sun in Norway and many more.

2014 was the year that electronica’s cognoscenti fell for Be Svendsen. Following the success of his live festival performances, the Danish musician has become an attraction on the global festival scene and proponent of a uniquely organic, genre-bending sound that due to his intriguing reuse of familiar thematic elements. Spaghetti western soundtracks, classic analogue synths and film ‘noir-esque’ atmospherics are tastefully crafted into a new original form, which could be best described as ‘Tarantino Techno’.

Be Svendsen’s most successful collaboration to date was when Damian Lazarus asked him to remix NU’s famous track ‘Man O To’ on Crosstown Rebels, released in February 2017. The track has remained on the Beatport Charts for 8 months, as has Be’s solo track ‘Twilight In Tankwa’ on Rebellion. He also remixed Acid Pauli’s track ‘Requiem For a Loop’ which was originally out on Nicolas Jaar’s Clown and Sunset. The track was featured on a remix EP on German label 3000 Grad, with great success. ‘Requiem For a Loop’ has become Acid Pauli’s most played remix track on Spotify with over 1,600,000 plays.

Every release from Be in 2017 has made it to the top 15 on Beatport within its category, with one remaining at #1 for over 1.5 months

Label founder & head honcho Kenneth Bager said, ‘I am very delighted to announce we have

signed the global phenomenon, uniquely talented and highly original Be Svendsen to The Music for Dreams label.  I am very much look forward to releasing the first highly anticipated single "Andromeda" – a bouncy crowd fave and the highlight of Be Svendsen's many live appearances around the world.’

‘Be Svendsen is working on an album for Music For Dreams that will be a showcase of his openness to merge electronic sounds with special and original samples – all I can say from first few listening sessions we are in for a treat. And a final thanks to Be for trusting in MFD and me.’

On signing to Music For Dreams Be Svendsen said:

’I’ve long desired to share the more experimental material I write – tracks that can be hard to place on the club labels, but nonetheless hold a very big part of me. To team up and release my first album on Music For Dreams feels like the perfect match and the right time exactly for that. Very happy to join the dreamers!’

‘The music should ultimately connect you to a bigger picture. The goal is to express and convey a feeling, and to behold the moment – the essence of oscillating between a smile and a tear. I like to bring tragedy and humour together, and invite them up for a dance.’

Be Svendsen ‘Andromeda’ is released on Music For Dreams on digital on Friday 1st December.