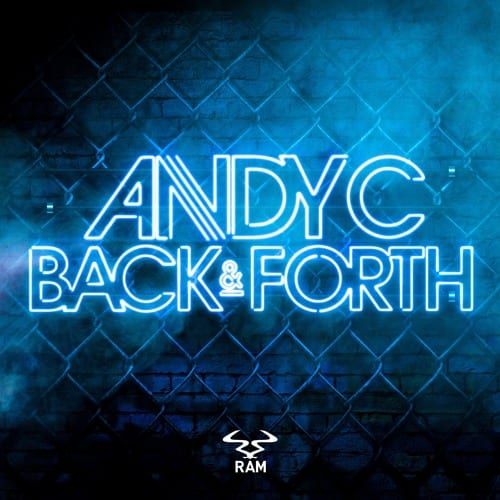 Andy C’s ‘Back & Forth’ is the sound of the world’s greatest drum & bass champion hitting festival season. Released on 14 June on Ram Records/BMG, ‘Back & Forth’ follows February’s ‘Till Dawn’, the heavy, underground cut, rooted in the sets Andy was spinning at his second residency at XOYO and beyond.

Fresh out of his 13-week run in XOYO’s subterranean main room, Andy hit the international circuit, with recent highlights including EDC Las Vegas, and Avant Gardner in New York, alongside We Are FSTVL, Snowbombing, and Cardiff’s Titan Warehouse, that kicked off his summer season for 2019. In between, he finished and released a remix of Tom Walker, continued to finish further new material that will be released this year, and released an Essential Mix featuring a live recording from XOYO.

The 21st quarterly resident at the East London club, a statement in itself as it marks the first time they’d ever invited a resident back, his second residency sold out in 2 hours, and represents a momentous return to the recently renovated club.

November 2018 saw Andy play his biggest UK headline show to date, SSE Arena Wembley. The event, Wembley Arena’s first ever all night licence, sold out in 3 days, and saw fans come together under one roof, for one DJ (Andy is only the second electronic artist to headline the venue). This show followed previous milestones like Brixton Academy and Alexandra Palace, impressive achievements that sit alongside 2018 award wins including DJ Mag (Best British DJ), DNBA (Best DJ), Top 100 DJs Poll (Highest Drum & Bass DJ), and the Ibiza DJ Awards (Best Bass DJ); and the 40+ awards he’s amassed over his much-lauded career.

Further releases from Andy C will be announced soon. Festival shows this summer include SW4, Reading & Leeds, Parklife, and many more.