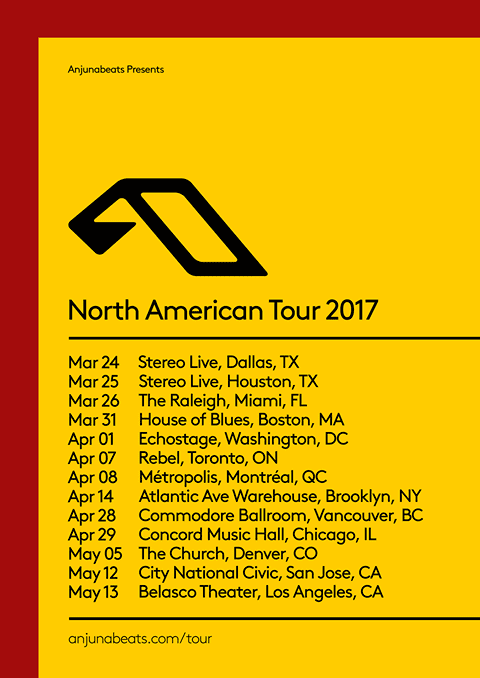 The brainchild of Above & Beyond, Anjunabeats has become renowned for its groundbreaking music and events. Now, the label is returning to the US and Canada for another run of its flagship North American Tour. After an incredibly successful 2016 run, 2017 will see 13 tour stops across venues both familiar and new to the Anjuna family.

Headlining the tour are Andrew Bayer and ilan Bluestone, who for the first time are touring as a back-to-back duo. As two of the label’s brightest and established stars, this new combination of styles and energy is set to become a legendary set of performances. “It's an honor to play with super talented Bayer b2b,” says ilan. “He really does know how to deliver music and we just vibe off each other so it's gonna be amazing to combine forces!”

In addition to Andrew & ilan’s b2b performances, Anjunabeats has many other exciting lineup announcements to come, with special guests and support additions sure to please fans both old and new. Stay tuned as these will be announced over the month of February. Tickets for all tour stops are available now.