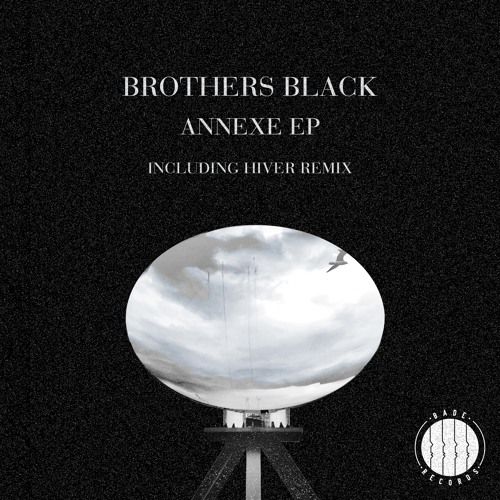 UK based imprint Bade Records kicks off the spring with ‘Annexe’ EP from co-founders James Sison and Edward Antonio with a remix by Italian duo Hiver.

Brothers Black is the new moniker from Bade Records co-founders James Sison and Edward Antonio. Following from James’ success with his ‘Stolen’ EP on the imprint last year, the two have formed a new alias from which they will release their material. Drawing on their combined influences and tastes, Brothers Black is a techno-orientated project that fully demonstrates the maturing sound of the two producers. The EP has acid influences throughout. The A-side ‘Take Down the Pads’ is a dark rolling peak time tune that combines cinematic soundscapes with rough percussion and frantic acid arpeggios. The B-side, ‘Egyptian Magic’, showcases the more deep, hypnotic facets of their production in another peak-time groover for the early hours of the morning. The C-side and title track ‘Annexe’ is a deep and restrained acid journey.

The remix comes from Italian duo Hiver. Giuseppe and Sergio have found great success with their prior releases on Curle and Bokhari and offer their interpretation of the title track ‘Annexe’, taking the soundscapes and creating an undeniable groover that is sure to set any dance floor alight.