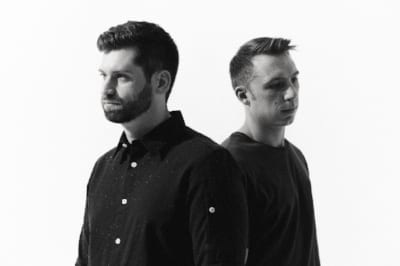 ODESZA (Harrison Mills, Clayton Knight) will return to the famed Red Rocks Amphitheatre in Morrison, CO on Friday, 15th June, marking theGRAMMY-nominated duo’s fourth annual visit. The act NPR said is “redefining electronic music” sold out 19,000 tickets across two Red Rocks shows within an hour of their on-sale time in 2017.  Pre-sale for tickets to this year’s show are available starting Tuesday, 23rd January at 10am MT fromhttps://odesza.co/redrocks2018-tickets with password: APART.  General on-sale of tickets begins Friday, 26th January at 10am MT.  Additional ticketing information for this year’s show, including VIP tickets and travel packages, is available at https://odesza.co/redrocks2018.

The Red Rocks concert comes on top of the recently revealed spring leg of ODESZA’s nationwide A Moment Apart Tour, which sold out Brooklyn’s Barclays Center in December and prompted Billboard to say “ODESZA proved its worth as one of the best dance acts touring today. … The A Moment Apart Tour seems only to make the full realization of a band that could rightly be regarded as legendary.” The duo’s upcoming dates include a tour of Australia in February and appearances at California’s Coachella Valley Music and Arts Festival in April and Alabama’s Hangout Music Festival in May.

ODESZA is up for two awards at the upcoming 60th Annual GRAMMY Awards: Best Dance/Electronic Album for A Moment Apart and Best Dance Recording for “Line Of Sight (feat. WYNNE & Mansionair)."