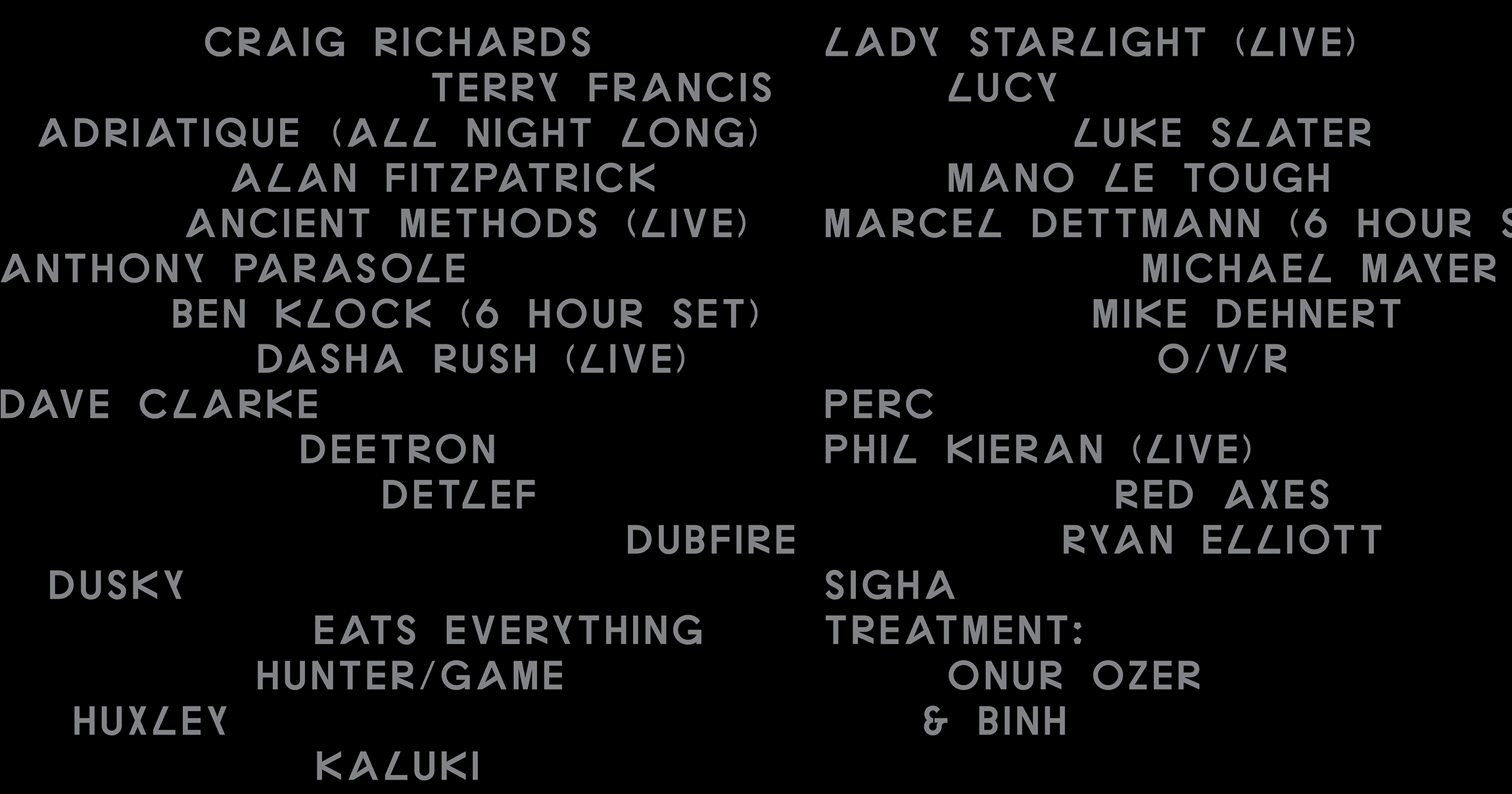 Following our announcement of two oversized techno takeovers in August and September – when we see both Marcel Dettmann and Ben Klock come to Room One for extended sets – we’re now stoked to present a fuller and all the more radiant picture of the sounds that we have lined up for these final months of summer 2017.

We have a few firsts set to take place in our basement space over this period which cover a dynamic range of four four’s many brilliant facets. Landing on August 4th, Lady Starlight has been booked for a replacement date for her moved July show – this will be the debut of the New York party-maker’s hotly tipped and ferocious live set in Farringdon. Tel Aviv’s psych-disco-rockers Red Axes also land for a DJ set in August and we’re amped, too, about the first Treatment session that’s set to arrive in Room One with Onur Özer and Binh at the end of September. These master classes in off-kilter constructs are unmissable feats of selection prowess wherever in the world they land.

We also look forward to welcoming back some of our absolute favourite faces back to EC1. Among them are the inimitable Dave Clarke, Michael Mayer, Eats Everything, Luke Slater, Alan Fitzpatrick, Deetron and Adriatique (who are set to helm Room Two all night long).

Check the full line ups below and watch out for some further drops in the coming weeks.
Tickets are available now at www.fabriclondon.com