ANOTR debut on Josh Butler’s ORIGINS RCRDS with their ‘Turn On Me’ EP, backed by a remix from FUSE’s Seb Zito. 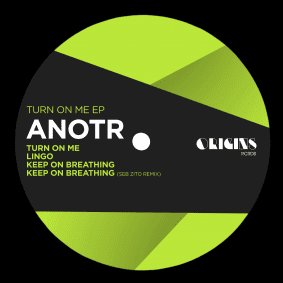 ANOTR debut on Josh Butler’s ORIGINS RCRDS with their ‘Turn On Me’ EP, backed by a remix from FUSE’s Seb Zito.

ANOTR debut on Josh Butler’s ORIGINS RCRDS to close out June with their ‘Turn On Me’ EP, backed by a remix from recent label signing and FUSE resident Seb Zito.

Amsterdam’s Jesse van de Heijden and Oguzhan Guney, aka ANOTR, have become key names of note within the house landscape over the past few years, rolling out quality groove-heavy cuts via notable labels including Solid Grooves, AVOTRE and Sola, whilst also heading up their own label and event series ‘NO ART’ within the Dutch capital. Ahead of their biggest summer to date, here we see the duo debut on Josh Butler’s ORIGINS RCRDS imprint with three fresh productions in the form of their ‘Turn ON Me EP’, accompanied by FUSE resident Seb Zito who turns in an impressive remix following his recent ‘Skip To Break’ EP on the label.

Title cut ‘Turn On Me’ channels signature ANOTR flavours from the off as bubbling basslines and infectious lead vocal hooks go to work, whilst ‘Lingo’ switches up proceeding to lay the focus on rolling percussion, spacey electronics and rich chord melodies. Next, ‘Keep On Breathing’ employs organic percussion arrangements and snaking low ends to great effect amongst further soul fuelled vocals, before Zito’s dynamic remix of the production ups the energy to introduce menacing bass licks, skipping hats and chopped vocal samples throughout to conclude the EP in style.