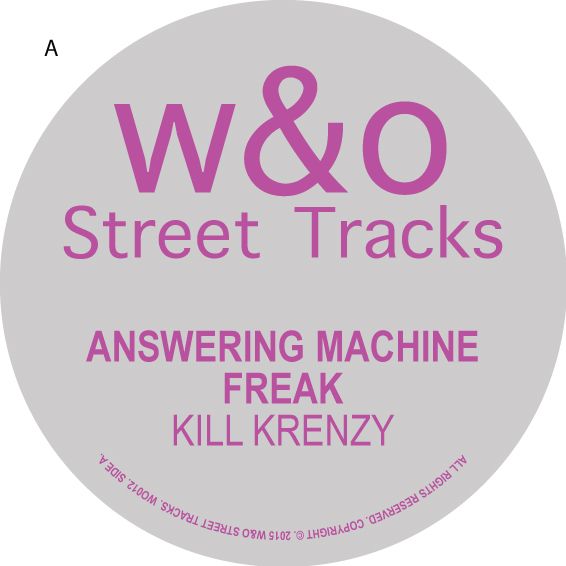 Based in Berlin, Kill Frenzy first made waves with ‘Make That Booty Clap’ on Claude VonStroke’s Dirtybird imprint in 2012, which fast became a festival anthem with support from DJs as diverse as Soul Clap and Skrillex. Besides a medley of other releases on dirtybird, including his debut album ‘Taylr Swft’, Kill Frenzy’s impressive discography includes Food Music, Turbo, Hypercolour and Pets Recordings, with his next release landing on the ever-impressive W&O Street Tracks.

‘Answering Machine’ is an enigmatic production featuring obscure telephone samples and an undulating riff that conjure up a menacing atmosphere throughout. In contrast, ‘Freak’ is a robust and cavernous creation that veers into techno territories with powerful kick drums and a sinister vocal that operates on top.