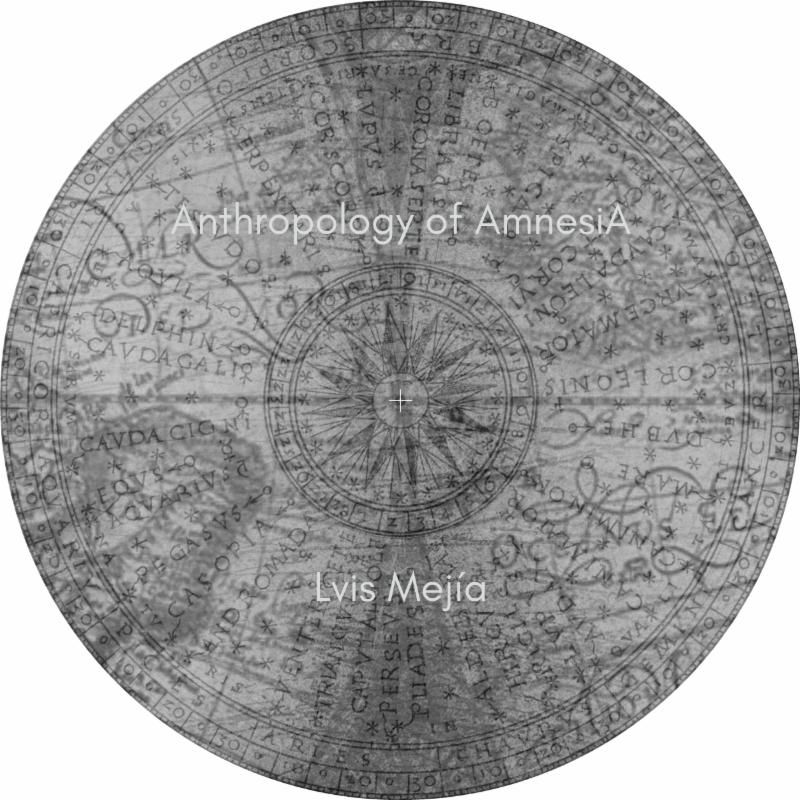 A founding member of oqko, Lvis Mejía has previously appeared on the label withShortcuts, an audio visual album of 15 soundtracks visualised by 15 artists from a diversity of artistic fields.
His newest project, titled Anthropology of AmnesiA is an acousmatic essay addressing our utter necessity to remember in the face of existential oblivion, an innate behaviour of the human race.

Presented as a 33 minute long continuous composition, Anthropology of AmnesiA unrolls as a series of chapters, the contemplative character of the piece opening a particular frame within the listening experience, where Lvis Mejía attempts to convey the phenomenon of the collective consciousness through the cultural traces we leave behind.

Mejía's takes the idea of "one species, one culture, one past" and places it at the center of the concept of the piece. Anthropology of AmnesiA examines a number of interpretations of rituals, orchestrations, chants, synthesis and field recordings – nestled within the piece are recordings of animals, fire, water and a human heart – the sum of these sonic identities incidentally reshaping their roots.

The diversity of the sonic sources highlights the comparative study element of Mejía's work yet the common thread remains the human experience, recorded stories and the viva voce.

Anthropology of AmnesiA is released September 15 on oqko.