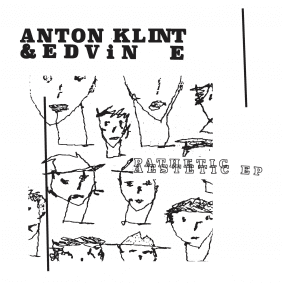 King Of Kong Records is the brainchild of Artur8 and Anton Klint & Edvin E who look to embody a philosophy of pushing creative boundaries and connecting with artists from all across the globe. Artur8 has been DJing worldwide for decades now in addition to co-operating with numerous labels such as Rekids, Golf Channel, Compost, Gomma and Skylax while fellow label boss Anton Klint is widely known his sparse production style previously heard on releases for Hivern Discs and Public Possession. ‘Pathetic Aestetic’ sees Anton Klint collaborate with Gothenburg’s Edvin E – the head of the infamous label and party, Tryck & T on.

Newborn Jr who’s known for his releases on Phonica Records, Rhythms Section, Echovolt and Dopeness Galore delivers a joint remix with label boss Artur8 which employs a stunning piano solo, pulsating bass grooves and swirling modulations. Sean Johnston then rounds things off with his remix beefing up the low- end and weight-driven kick drum under his Hardway Bros alias.