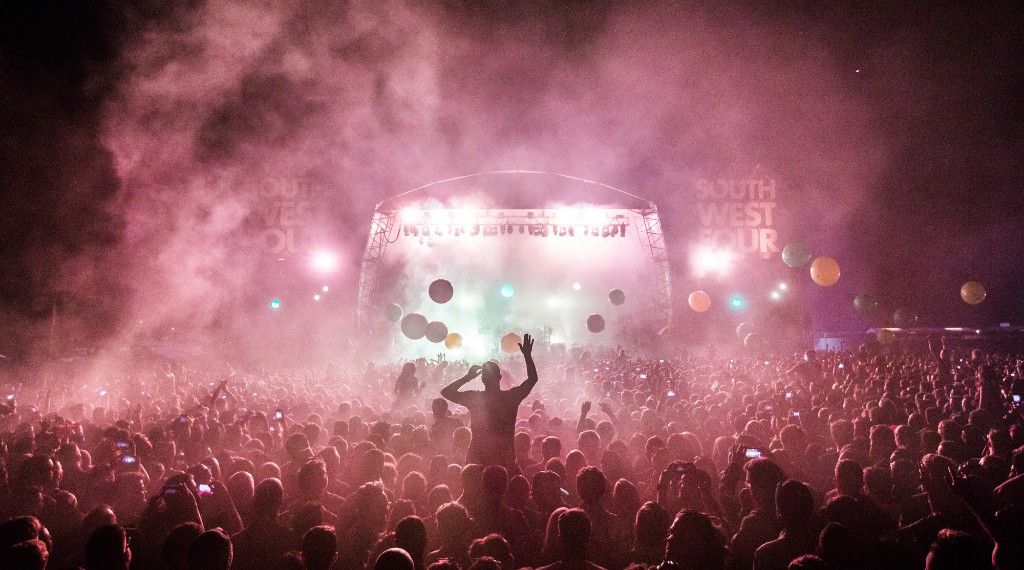 One of the UK’s finest exports, Groove Armada have been one of the most recognizable collectives in dance music in the past decade! Responsible for many dance floor classics, the duo have managed to lead a pack of very established peers and have been in the heart of the global dance scene. Easter Thursday saw them headline the O2 Academy Brixton as ANTS hosted their biggest ever international club show and they’ll be back on the common to perform at SW4 for the first time in many years!

Cristoph is destined for greatness and there is no doubt about that. When Eric Prydz decides to take you on his USA tour as the main support, you know you’re doing something right! Cristoph belongs to a breed of producers where everything they touch turns to gold with the Newcastle-born Cristoph at the forefront of delivering some of the highest quality dance music in the last 12 months and we cannot wait for him to make his SW4 debut on 26th August!

An absolutely colossal producer, Eric Prdyz’ influence on the dance music scene will probably never be repeated. Respected by his peers, loved by millions of fans, the swede has become an icon to many worldwide. From masterpieces like ‘OPUS’ to sell out arena shows, everything he touches turns to gold. The last twelve months have seen him sell out the mammoth 10,000 capacity Steelyard in record time, tour around the world & work on his hugely anticipated PRYDA 2017 album. With brand new material set to come out, we can’t wait to welcome back the undisputed master of the turntables back to his hunting ground!

Most DJs would be ecstatic with one residency at the clubbing mecca that is Ibiza but not Solomun. The Swiss-born artist was one of the most featured DJS in the Ibiza calendar by holding three high profile residencies at the islands leading venues that included Pacha, Ushuaia & Destino. Solomun isn’t only the busiest artist on the white isle, he is one of the most active artists on the planet a touring schedule constantly that sees him play to sell out crowds from London to New York to Sao Paolo to Amsterdam. The last few years has witnessed him cement himself in the higher echelon of the dance music elite and he is there to stay. SW4 2015 saw him go back-to-back with AME resulted in the festival’s most talked about booking and his return in 2017 will spark similar conversations. Are you ready? We sure are…

2010 was the year Andhim descended upon the dance music scene and since then it has never been the same! The Cologne native’s meteoric ascension to prominence over the ensuing twelve months was unexpected, but not undeserving. Pioneers of their own genre “Super House” which is the physical embodiment of raw soul and pure passion, it soon became apparent that the duo were here to stay. The last eighteen months have seen the pair headline their own shows and play at the most prolific parties in the globe with the fierce ANTS Ibiza taking them under their wing for a series of dates at Ushuaia. The summer of 2017 will mark their debut and SW4 and you can be sure that they will bring the heat!

As a DJ, the summer of 2016 was arguably Andrea Oliva’s busiest yet; he became one of seven all-night guests to regularly take over the Space Terrace for Elrow, made his Music On debut and played some of Europe’s biggest dance music festivals – all whilst maintaining his famed ANTS headliner commitments. His skill for crafting stand out sets attracted the attention of Pete Tong, who helped Andrea to make his Essential Mix debut with a set recorded live from Ushuaia. This August Bank Holiday Saturday will see Andrea make his debut at South West Four and he is sure to bring the fire!

Maya Jane Coles & Heidi are the two leading ladies of dance music. Maya Jane Cole has been in the forefront of underground house and techno for nearly a decade now with her deep and mesmerizing sound hypnotizing audiences wherever she goes. Heidi on the other hand has had one of her most successful years with notably a fantastic 12-week XOYO residency in the heart of London which saw the American artist curate a series of nights inviting some of her favourite DJS to play alongside here. Set to be one of the most exciting back to back’s this summer, we can’t wait to welcome two queen’s of electronic music

Voted no. 13 on this year’s Resident Advisor poll, Patrick Topping has had a phenomenal year championing his tech-house sound. Fast becoming one of the key players in that scene, Patrick has been touring relentlessly and become a regular at one of the most popular parties in the world, Elrow! The 27-year old is on a roll and won’t be stopping until he reaches the very top and we are delighted to have him on board again as he’s sure to tear the roof off come Bank Holiday Saturday!

Sasha is widely considered to be one of the most recognized and influential electronic music artists of modern time. The last two decades have seen him establish himself as an innovator and true craftsmen in his field. His shows at Fabric in London have gone down in history and he has amassed one of the most loyal fan bases amongst his peers. 2014 witnessed him host his very own stage at SW4 with his Last Night on Earth brand selling out the prestigious 02 Academy Brixton at a high profile NYE show. Now put him alongside another master in Joris Voorn, we have a truly incredible performance on our hands. Dutch-born Joris’ smooth and infectious style has made him hot property in dance music and his progress seems no slowing down. From stand-out plays at Village Underground & De School in the last few months, the key player is making the right moves to reach the top of his game.