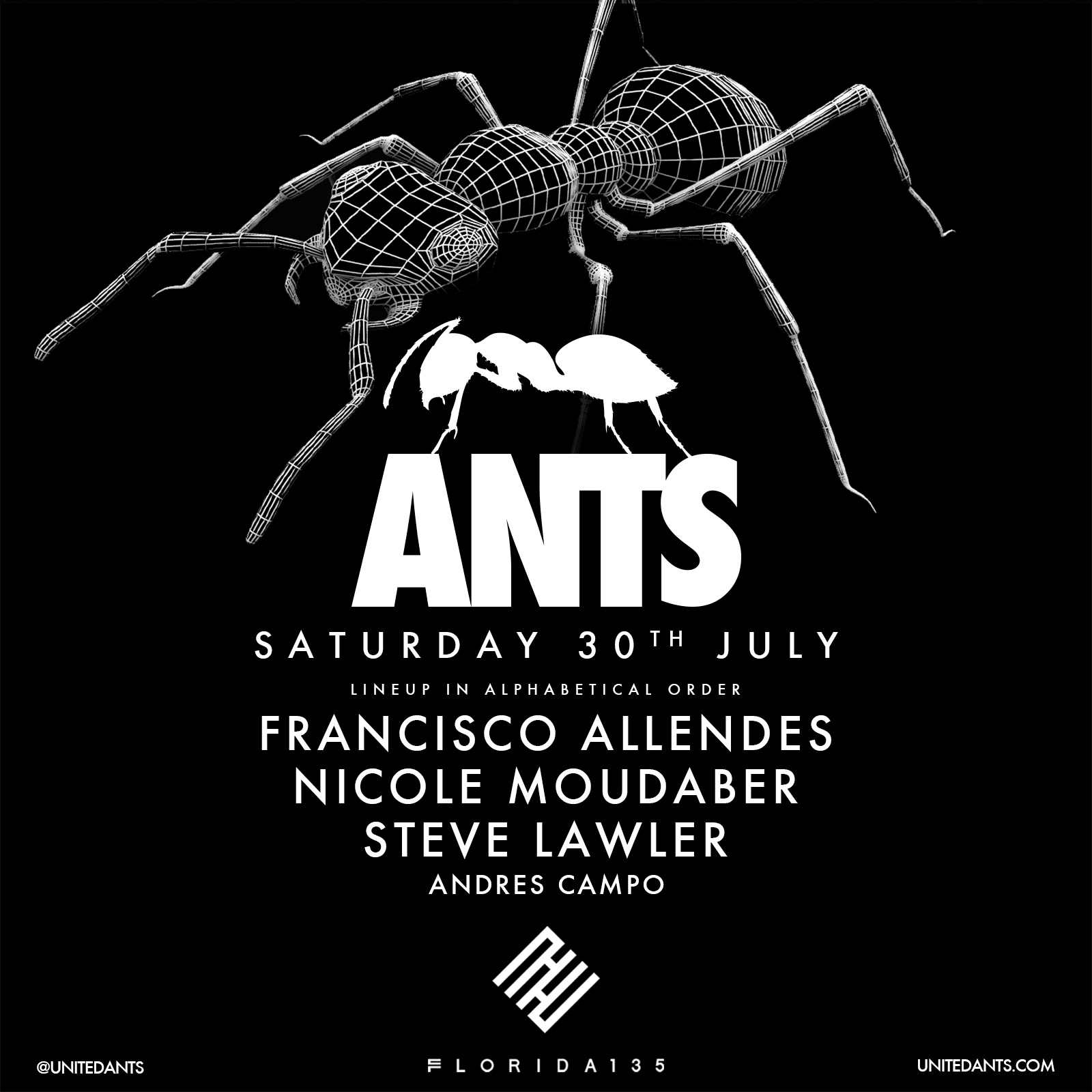 In their first show on the mainland of Spain, the ANTS colony is imported from Ibiza into Florida 135 of Fraga this Saturday 30th July. Bringing strength in numbers with a core of brand stars, the now global crew are set to ensnare this famous venue under master of moods Steve Lawler. Magnifying the effects of a headline set from an Ibizan hero, will be the darkly seductive aesthetic so synonymous with the party; one in which Lawler’s sharp and sensual selection is well homed.

The atmosphere is augmented by the no-nonsense dance of Nicole Moudaber; unadulterated, underground, and certainly no longer “underrated” as Carl Cox saw her in 2009. Much of this acclaim can be attributed to ANTS, themselves no longer local as they spread into fresh territory with their fostered talent. Francisco Allendes of Chile likewise reflects the sentiments of ANTS after rising on the White Isle, reflecting its style in spell-binding music. This supported by Florida 135 resident Andres Campo, earning a name of his own for crafting potent techno that will be the perfect supplement to the night!