DubVision feat. HANDED - Are You Listening 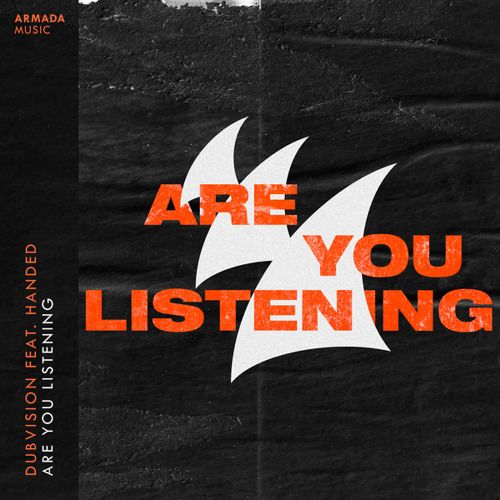 DubVision feat. HANDED - Are You Listening

After a big year that saw them release staple tracks such as ‘Antares’ and ‘Steal The Moon’, DubVision knock it out of the ballpark on their first try of 2019. Made in collaboration with HANDED, ‘Are You Listening’ calls upon the world to stop judging and start listening to one another whilst also focusing on the main theme of contrast, how two individuals as unique and distinct as Stephan and Victor complement become as Dubvision.

Originally written on acoustic guitar by HANDED before getting supercharged by the signature treatment of Dutch duo DubVision, ‘Are You Listening’ urges people all over the world to open their eyes as it simultaneously sets the world’s finest clubs ablaze. Alternating between piercing synths blasts, infectious rhythm guitar and HANDED's smooth vocals, this cut will surely make dance music lovers prick up their ears while hopefully also striking a chord in individuals across the globe.

Brothers Victor and Stephan Leicher (DubVision) have been on a roll since their first foray into dance music. With numerous Beatport #1s and millions of streams and views on respectively Spotify and YouTube under their belt, they captured the interest of some of dance music’s hottest stars, which allowed them to work with hotshot acts such as Afrojack & David Guetta, Armin van Buuren & Garibay, Avicii, Dash Berlin, Dimitri Vegas & Like Mike, Martin Garrix, Sander van Doorn, Sunnery James & Ryan Marciano, The Chainsmokers and more. As successful on the live front as they are with their productions with thrilling live shows at the likes of Tomorrowland, Ultra, Dance Valley, Amnesia Ibiza, Marquee Las Vegas and Pacha NYC, they are known for making every moment count. And that’s exactly what they’ve done today with their first single of 2019: ‘Are You Listening’ (feat. HANDED).