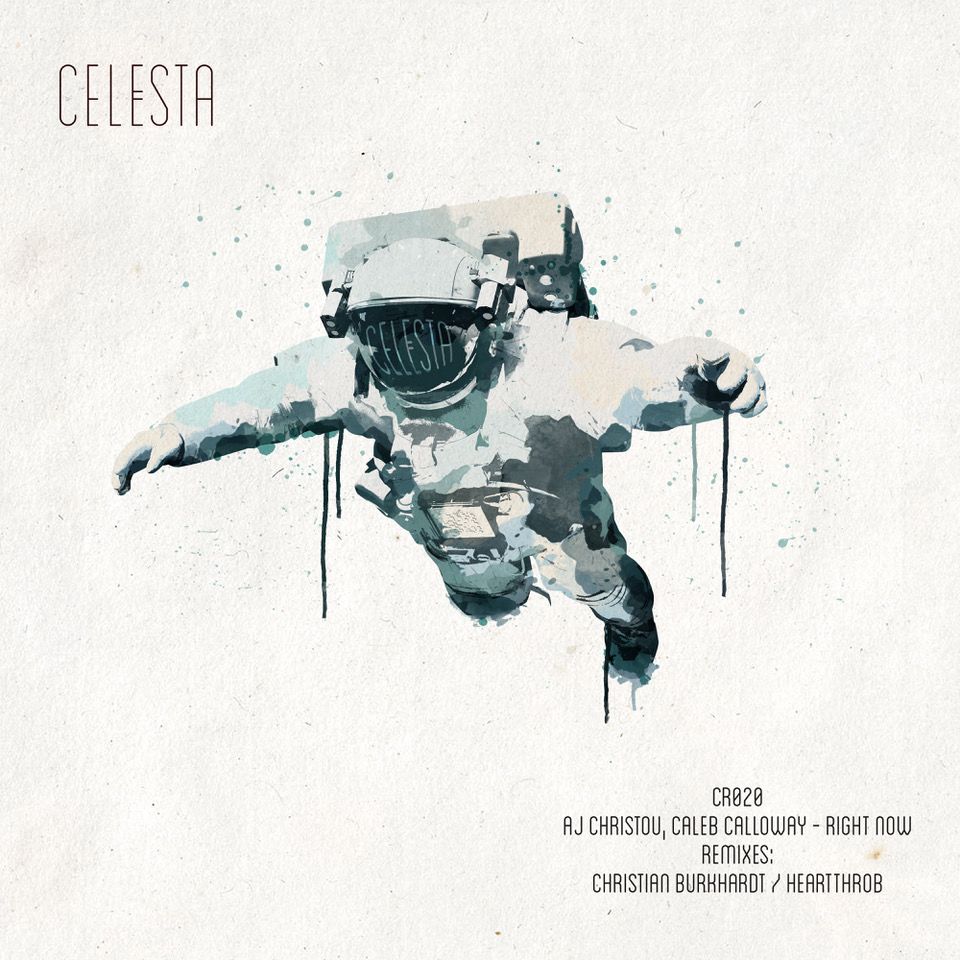 Marking their second collaboration in a matter of months, Manchester born DJ and producer AJ Christou, and Caleb Calloway, have delivered their stunning ‘Right Now’ EP, a 3-track production set for release on 25th January.

Dropping via AJ’s Celesta Recordings label, the ‘Right Now EP’ follows the pair’s recent ’Sweet Senses EP’ on Rawthentic in September, and becomes the 20th release on Celesta after Ezikiel’s ’Trinidad EP’ which featured Ricardo Villalobos and Davide Squillace on the remixes.

With the lead track acting as a deep and infectious 7 minute groover, filled with spacey and atmospheric effects and complimented by a hypnotic sample throughout, the EP is rounded up with a thumping eerie remix from Berlin producer Heartthrob, and a seriously groovy ‘Check 1, 2’ remix from Frankfurt’s Christian Burkhardt.

A master on the decks, AJ has garnered support from many of the biggest names in the industry, including Loco Dice and The Martinez Brothers. Firing out captivating sets from the age of 17, AJ’s drive and talent was instantly noticed by many. He briefly relocated to New York in 2016 to focus on producing and was signed to Cuttin Headz within a year.

His ‘What You Think’ EP was an instant club smash and was shortly followed by a remix of Jesse Calosso and Jean Pierre’s ‘Under the Covers’ EP on Leftroom. Founding Celesta Recordings in 2015 – a label focused on underground minimal and progressive techno – the label has since accumulated some of the world’s biggest artists including Ricardo Villalobos, Luciano, wAFF and Davide Squillace.

The ‘Right Now’ EP is available to Beatport now: https://www.beatport.com/release/right-now/2467845