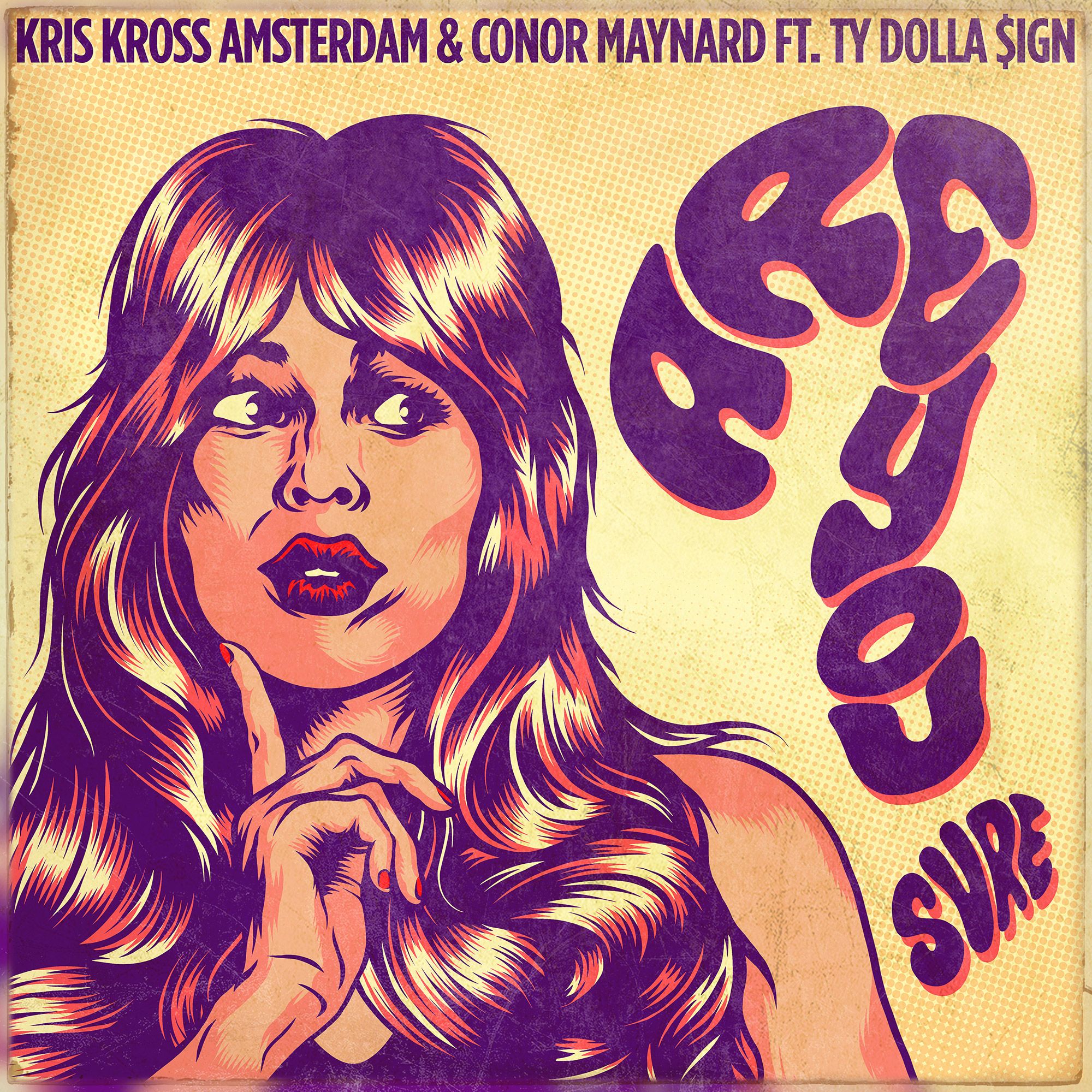 Coming straight out of leftfield comes the brand new single from Dutch production trio Kris Kross Amsterdam who have teamed up with UK pop star Conor Maynard to create the upcoming dancefloor smash ‘Are You Sure?’ featuring US rapper Ty Dolla $ign.

Paying tribute to the 1985 single ‘Who Do You Love?’ by Bernard Wright (famously covered by LL Cool J), the single is released on December 23rd through Spinnin’ Records / Parlophone Records.

Kris Kross Amsterdam shot into the UK Top 10 earlier this year with their collaboration with US DJs Cheat Codes on the global smash hit single ‘SEX’, which flipped Salt N’ Pepa’s classic track ‘Let’s Talk About Sex’ on its head. A major US hit, as well as going Top 20 in more than 20 other countries, it’s become one of the biggest party anthems of 2016, boasting more than 350 million Spotify streams.

Since their formation in 2011 – and with their name paying homage to the legendary American duo from the  ‘90s – Kris Kross Amsterdam (brothers  Sander  and  Jordy Huisman, along with MC  Yuki  Kempees who joined in 2014) have become one of the most exciting European dance acts today.

Bridging R&B, hip hop, funk, soul and house, their regular Mixtape series has proved immensely popular, deftly illustrating the breadth of styles they play in their sets. Their regular parties at Amsterdam’s De Marktkantine pack the crowds in on each occasion, showcasing their favourite new talent in the process.

Through mutual contacts Conor Maynard heard the new track they were working on and immediately paired up with them to create ‘Are You Sure?’, a tropical-flavoured sensation with a dancehall–style middle eight from LA-born Ty Dolla $ign.

KKA say, “After the resounding success of ‘SEX’ this year, we felt expectations were high. As a result, the process of creating this record was much more difficult than before. In the end we simply said to each other: ‘Let’s just create something we like!’ And that’s exactly how ‘Are You Sure?’ turned out, a record we really like and feel comfortable with playing ourselves. You could say that should be the key element for all the music you make.”

“I loved Kris Kross Amsterdam’s version of ‘SEX’”, says Conor, “so when the chance came up to work with them it was the perfect opportunity to make something a bit different. And then we got Ty Dolla $ign involved too. He’s a crazy artist, I have so much respect for him, so to have him guest on the track is like a dream come true. I’m so excited for people to hear it!”

‘Are You Sure?’ sees Conor return to releasing original music after becoming one of the most talked about covers artists on YouTube this year. With over a BILLION combined views and 3.6million subscribers, Conor is now the 8th biggest UK act of all time on YouTube, having first been discovered on the platform six years ago.

“After my first album went to Number One lots of things changed,” he explains. “Part of that is just growing up but I realized that all the success and celebrity that came my way wasn’t what I was doing this for. I was never chasing fame. I love making music whether it’s my own songs, or covering other people’s, and I really enjoy producing and remixing so I decided that I wanted to focus on that for a while.”

Returning to where he first became noticed, Conor started posting his own radical, soulful re-workings of current songs and they set the online world alight, with hundreds of thousands of retweets regularly making him the highest trending person on Twitter in 2016.

Across the digital world, Conor has become bigger than ever. With more than 4.5m Facebook fans and over 1m Instagram followers, Conor is also one of the most successful UK acts on Spotify this year with more than 1.5m listeners every month. The covers album he released exclusively on Spotify this summer has had over 40 million streams to date.

It’s no surprise then that many high-profile artists have been chasing him to guest vocal on their tracks. However Conor has taken his time behind-the-scenes working on his own material, enjoying being out of the celebrity limelight, and focusing on the music he loves.

‘Are You Sure?’ is a stunning return from both Kris Kross Amsterdam and Conor Maynard. Get ready – it’s going to be BIG!