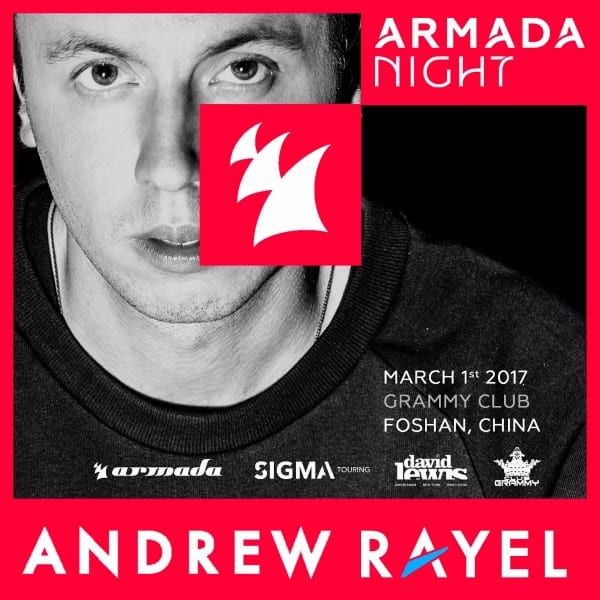 Even though 2017 is still in its early stages, Armada Music is already turning it into their best year yet. Amidst the rush of quality releases and high-profile signings, the Amsterdam-based record label has announced the first-ever Armada Night China tour. The tour is to take place between March 1st  and March 4th and features three of Armada Music’s top artists: Andrew Rayel, David Gravell and KhoMha.

From Wednesday March 1st to Saturday March 4th, Armada Night is to turn the country of China into the dance music epicenter of the world. The tour, a joint project with Sigma Touring, starts off with a show at Club Grammy in Foshan on Wednesday, after which it offers a continuation of the madness to the crowds at respectively Space in Chengdu, M2 Club Yun in Shenzhen and Myst in Shanghai on Thursday, Friday and Saturday.