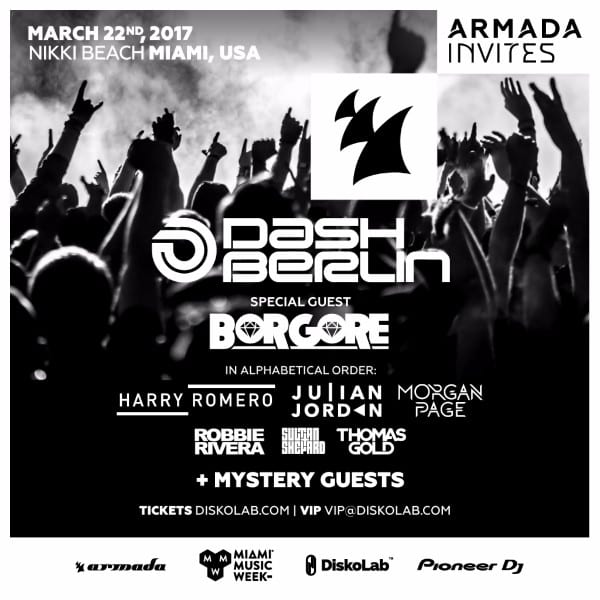 ‘Armada Invites’ started off as a recurring event in Armada Music’s in-office club in Amsterdam and reached a huge audience with its live broadcasts on Facebook and YouTube. Now, ‘Armada Invites’ is turning into a full-blown international event series, with electronic music hotspot Miami serving as its first stop.

With ‘Armada Invites: MMW 2017’, Armada Music pushes the envelope by bringing together a gamut of top-tier artists, all of which are luminaries in their respective scenes. With this line-up, Armada Music firmly positions itself as one of the leading dance music companies, representing a wide range of genres and styles.

In addition to ‘Armada Invites: 2017’, Armada Music has a bunch of other events lined up. The Amsterdam-based record label is returning to Croatia for its third edition of Armada Croatia Festival from July 18th to July 20th, will host its own stage at Creamfields on August 25th, and will continue to set its own in-office club ablaze on a monthly basis with its acclaimed live stream events, which will be broadcast live on Facebook and YouTube.