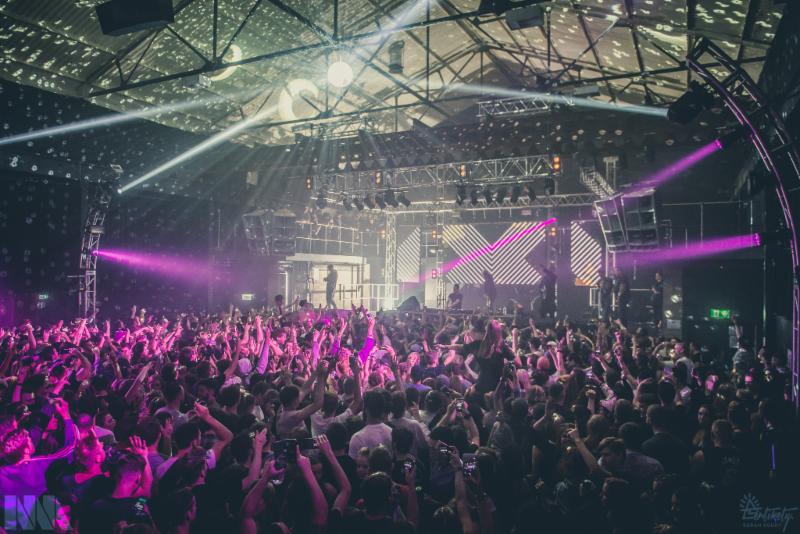 After a hugely successful start to the year with shows from Todd Terje, Âme, Loyle Carner, Robert Hood, Gorgon City and many more, Spring is set to bring even more exciting shows to Bristol's favourite event space.

At the end of March, Dropout Disco host the acclaimed Denis Sulta along with Maurice Fulton and rising star and Feel My Bicep tipped Brassica. Loco Dice's unique sound and hip hop informed approach to moving dance floors has earned him a place at the highest ranks in the scene. He returns to Bristol for Nightowl on the 31st March, alongside a long awaited Bristol debut for Fuse head honcho Enzo Siragusa, R1's B.Traits and many more.

We tear into April with a night by SASASAS, who are bringing their recently announced takeover tour to Bristol on the 7th of April in association with Bristol heavyweights The Blast and Bodynod. The Easter weekend starts with a night of drum and bass hosted by UKF on 13th April. Headlined by drum and bass heavyweight Netsky, the night will also see Calyx & TeeBee, Culture Shock, Cause & Affect, 1991, Pola & Bryson and many more take to the decks.

Moving onto Friday 14th April, Cream Ibiza will make a rare trip down to Bristol for a Motion takeover. Having been crowned 'Best Club of the Last 25 Years' by Mixmag, this is a precious opportunity to experience this Ibiza legend in Bristol. Building on the success of last year's ANTS party, the swarm return on 15th April with a line up that doesn't disappoint. Steve Lawler fronts the show, supported by Second City, Andrea Oliva, Denney as well as Yousef.

The 16th April will see a gig by From The Jam, celebrating the 40th anniversary of debut album 'In The City', The band will be performing a selection of songs from the album as well from their legendary back catalogue. Closing the Easter weekend, SWU.FM will be celebrating Bristol music culture with a 5 room double warehouse takeover at Motion Skatepark representing the full spectrum of the city's underground music talent, including Roni Size & Krust, Pinch, Joker, DieMantel, Foreign concept and many more.

Motion are excited to welcome back The Blast, who are teaming up with Radar Radio for a show at The Marble Factory to showcase some of the finest in underground urban and club music on April 21st, including grime & UK rap heavyweights AJ Tracey and Kojo Funds. Later on in the month, Cirque Du Soul will host their first ever Friday night at Motion following massive demand for their last sold out show. Hip hop is also in abundance, with shows by Rejjie Snow and Foreign Beggars also taking place in April.

Deep house label Anjunadeep sail down to Bristol after hugely successful trail of global parties in North America, Goa, Tokyo, Moscow, Berlin, Amsterdam, Barcelona and Mexico over the past 12 months. Fellow globetrotter Richy Ahmed will bring his mix of groove-led house and techno to Motion after a string of residencies in some of the world's most prestigious clubs, and releases on Hot Creations. Dubstep fans won't want to miss Deep Medi's party to close the month on Sunday 28th April.

In May, Motion will be hosting two unique performances of Alana Bloom's debut solo work 'Artemis', the product of two years of development and research, in their third warehouse space. Jackmaster and Jasper James take over Motion the following evening with an all night long B2B set that will allow both selectors to delve deep into the record collections.

On the 10th May, rising star J Hus brings his blend of grime and afrobeat in what's set to be an electric live show. The following day Leftfield descend for the Leftism Anniversary tour, in which the band will mark 22 years since the release of their seminal, Mercury Prize-nominated debut album Leftism, by performing the record in full.

Summer will well and truly start on the 3rd June with the Just Jack Summer Partaaay. A dream line up that is sure to bring all the vibes to Motion's outdoor spaces includes Motor City Drum Ensemble, Shanti Celeste, Beautiful Swimmers, Objekt, DJ Stingray and DJ Nobu. Oliver Heldens returns to Bristol on the 9th June after his massively popular sell out party last year, as will the Summer Solstice Yard Party, which returns again on the 17th June after last years successful launch.