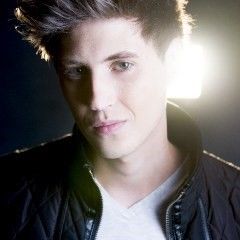 Armada Music is proud to announce the signing of Dutch talent David Gravell. The Amsterdam based producer has had a remarkably swift kick-off to a promising career – impressing the crowd and DJ’s with tracks such as ‘Nighthawk’, ‘Megatron’ and ‘Bulldozer’. Hailed by many as ‘one of the names to watch’ for 2014, Armada Music is more than happy to have this rising talent part of their artist roster.

Discovered by W&W in early 2013, they quickly signed two of Gravell’s productions to their Mainstage Music label. Following releases on Musical Madness, Pinkstar and Mixmash, as well as remixes for Audien, Andy More, Bobina and more, were the hits of ‘Nighthawk’ and ‘Megatron’. heavily supported by the likes of Armin van Buuren, Hardwell, W&W, Deniz Koyu, Andrew Rayel and Porter Robinson, it’s safe to say that future’s looking bright for David Gravell.