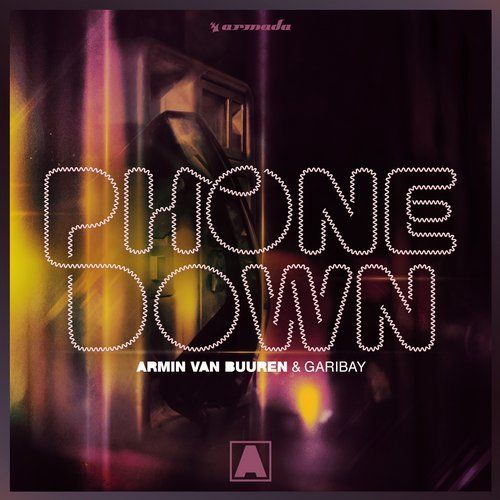 Judging by the massive success of their previous single, ‘I Need You’ feat. Olaf Blackwood, it’s no wonder at all that five-time #1 DJ in the world Armin van Buuren and Grammy-winning producer Garibay have decided to join forces again. This time, the music power pair have surely got another smash on their hands with the melodic pop-dance crossover that will have no one wanting to put their ‘Phone Down’.

A beautiful lyrical pop-dance crossover, ‘Phone Down’ hits straight to the heart, connecting to the internal struggle many of us feel when going through a difficult break-up. With catchy rhythms, relatable lyrics and upbeat piano chords, the track will touch your heart and have your feet tapping to the beat wanting more. All of this will definitely strike a chord in listeners, who are sure to be singing along to its main hook “I can’t put my phone down” time and time again as this track hits the festivals and clubs on its way to be one of the summer’s most popular anthems.

Armin van Buuren: “I just love how things come together sometimes. The sound, the lyrics, the vibe, it all just fell into place when Garibay and I hit up the studio in L.A. It’s an absolute honor to work with such a talented individual. I’m really proud of this one!”

Garibay: “Armin van Buuren is a force. I’ve always been a fan of his; and equally the unique culture he’s not only built, but helped evolve. I feel privileged to be able to work with him. This series of Armin and Garibay collaborations affords us the opportunity to collaborate by doing what we both are very passionate about, great songs.”

This cross-genre track arrives in the slipstream of Armin’s epic Ultra Music Festival mainstage performance with surprise guest and rock icon David Lee Roth of Van Halen to perform a remix of ‘Jump’, and ahead of his headlining performances at his opening night residency at new premier PALMS nightclub, KAOS on Thursday, May 16 and the mainstage of the most attended music festival in the U.S.: EDC Las Vegas on Sunday, May 19.