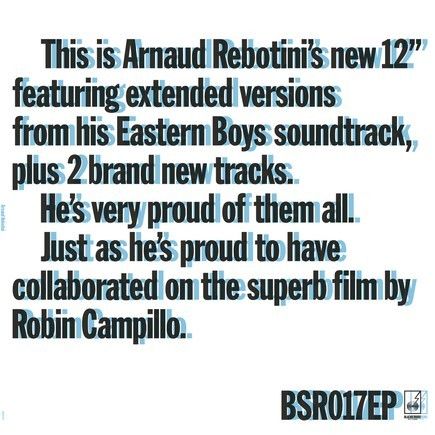 Author, songwriter, producer and remixer, he has become an iconic figure of electronic music ( as Black Strobe, Zend Avesta main projects) . Its force majeure stay at the crossroads of genres, as well avant-garde than timeless, and combined its.

It is therefore natural that Robin Campillo, director of Eastern Boys appealed to Arnaud Rebotini to compose the original soundtrack to his 2nd film produced by LesFilmsDePierre.

Robin Campillo found the famous “good distance” is not an ethnological trading between distance and near hysterical – in favor of the worst, the middle – but a dance and angry diagonal where each viewpoint the argument other, the counter to hate as much as he likes.