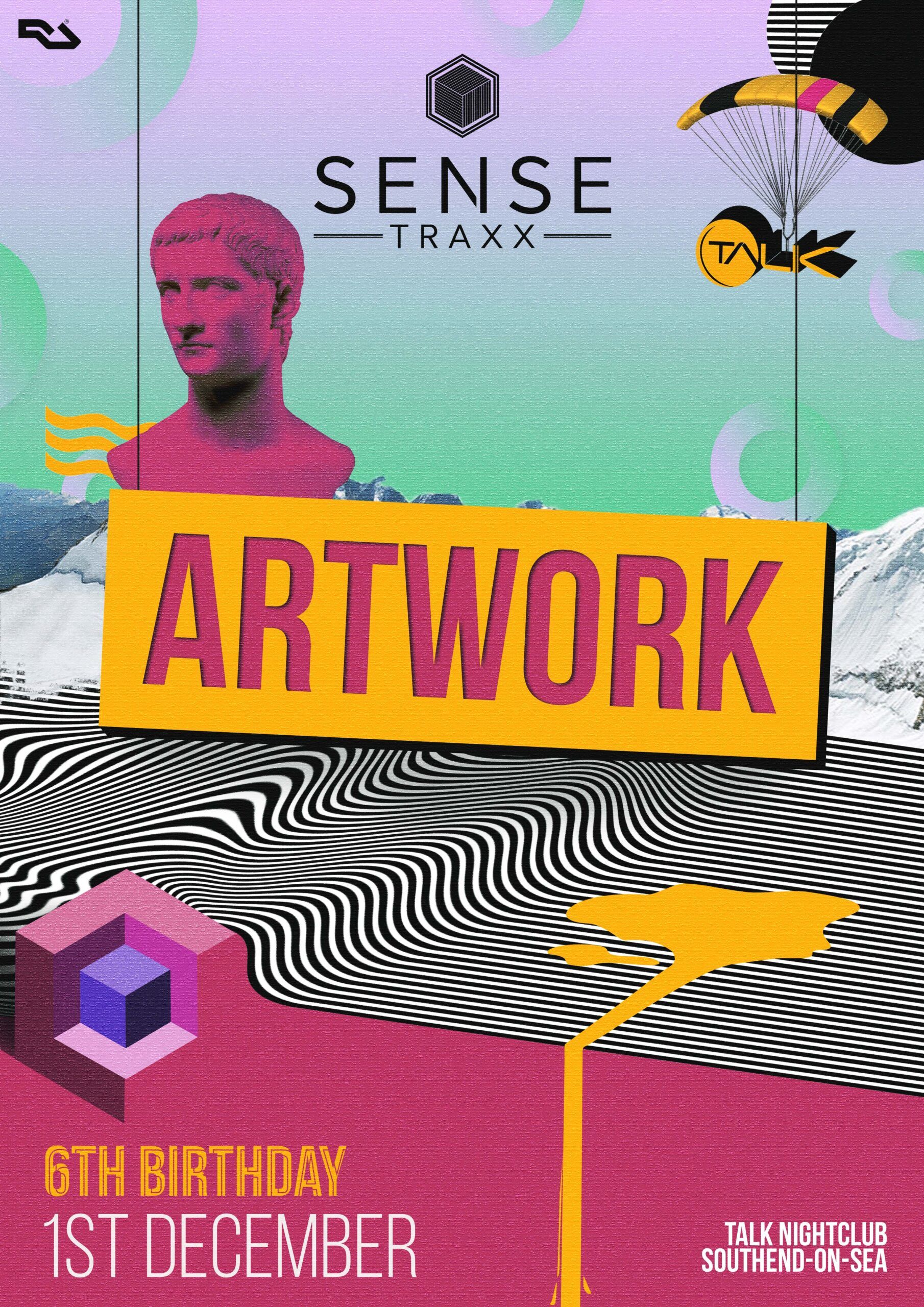 Sense Traxx are ending an incredible 2018 with a party that will also celebrate their 6th year in the game. Artwork will be headlining the bill, a man who fits Sense’s philosophy of house, disco and good times to a tee. He’ll be joined by residents and friends of the Essex-based imprint on the 1st December, as well as a few special guests on the night. Known for supporting their local night-life as much as possible, they’re hosting the gig at their spiritual home of Talk Nightclub in Southend and you’re all invited.

This time last year Sense Traxx were celebrating their 5th birthday with Franky Rizardo as the headliner – to say a lot has happened since then would be an understatement. Selling out their first London party at Shoreditch Platform resulted in a London Evening Standard recommendation and two other dates at the venue. On top of this they’ve hosted their first Ibiza events, a show at ADE and hometown day and night parties, all of which have ranged from small pop-ups to sell-out club dates.

Bringing artists like Artwork into the equation is now something of the norm for Sense. In 2018 alone they’ve had Sidney Charles, Kevin Over, Kalyde, Illyus & Barrientos, DJ Caspa, Demuja and many others on their line-ups and have received support on their releases from the likes of De La Swing, Amine Edge & Dance, Pirate Copy, Latmun and Horse Meat Disco.

Putting their everything into providing music for the people, Sense will be pulling out all of the stops for their 6th birthday, so as ever, please use Sense Traxx responsibly. Have fun, party hard, but don’t forget to go home.