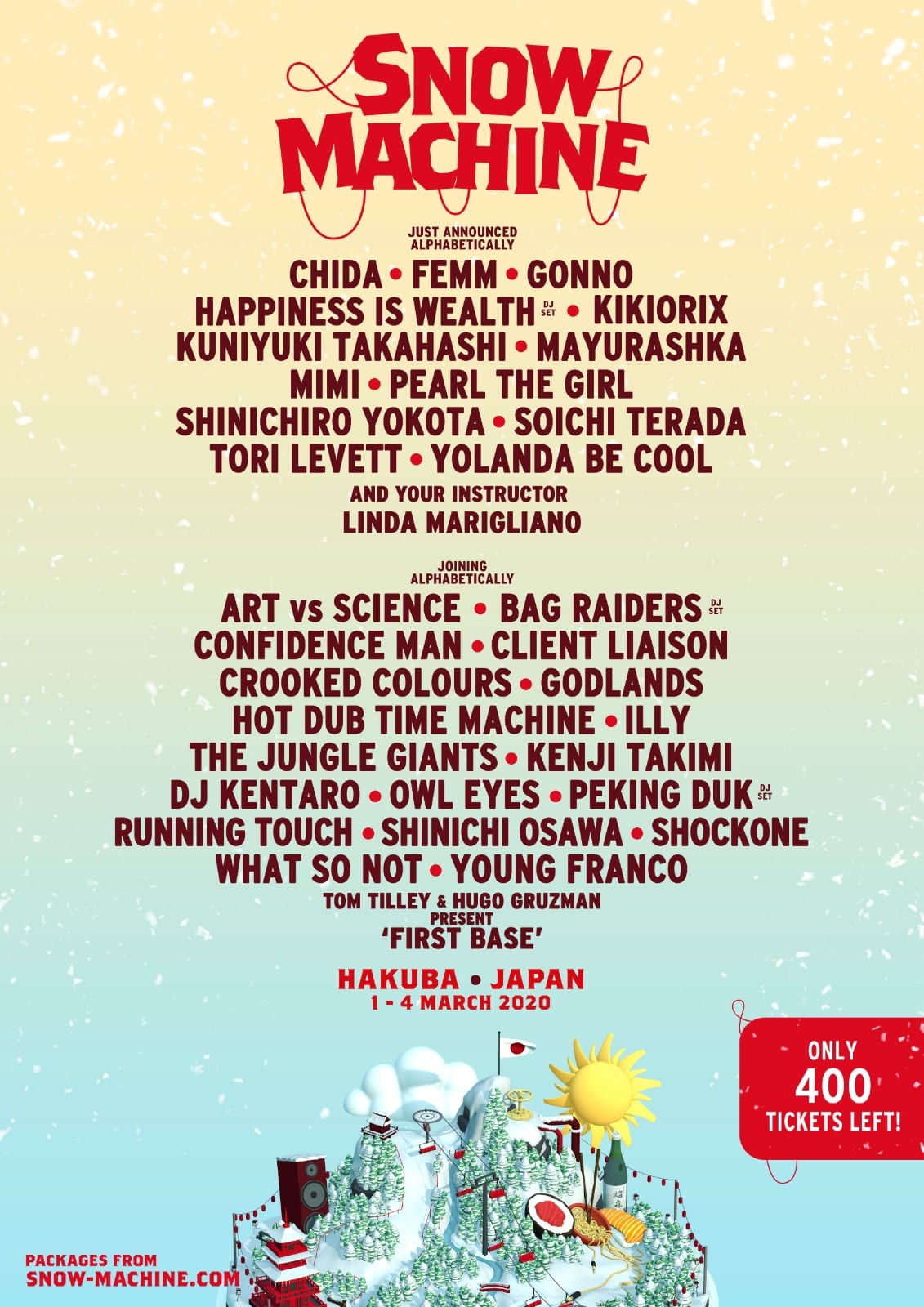 With Phase 1 confirmed acts including What So Not, Peking Duk (DJ Set), Hermitude, Confidence Man, Hot Dub Time Machine, Kenji Takimi, DJ Kentaro and Shinichi Osawa, 5 incredible stage areas, a host of apres-ski locations boasting traditional Japanese bars and restaurants, Japan’s world renowned hot spring Onsen culture (which should prove a hit for aching limbs post-slopes) to sink into, plus a plethora of on-snow antics still to be announced, it’s no surprise that there are now only a handful of Snow Machine tickets left. Already establishing itself as a go-to bucket-list event before a beat has even dropped, Asia’s first ever snow-based festival promises to open up an exciting new chapter in the continent’s rich music entertainment history.

Speaking about the additions to the festival’s line-up, the organisers had this to say: “we’re pleased to round out the lineup with some of our all-time favourite Japanese DJs and local talent. In addition to the entertainment off-piste, there will be a number of on-mountain pop-up stages, activities and activations. Keep your eyes peeled for info on all these and more + of course updates on the Best. Powder. Ever.”

Snow Machine is an all-in-one ticket offering a variety of accommodation options, a full four day festival ticket as well as snow passes and hire. Booking is simple, jump online and pay a deposit and you’ll be put in touch with one of the festival team members to further customise your trip and book your flights with our unbeatable discounts. Better be quick, only 400 tickets remain until the event is completely sold-out!

A fully curated destination festival, it’s worth flying across the world for.

ON SALE NOW – ONLY 400 TICKETS REMAIN

…and your Instructor Linda Marigliano 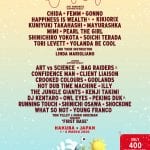