Petar Dundov - At The Turn of Equilibrium 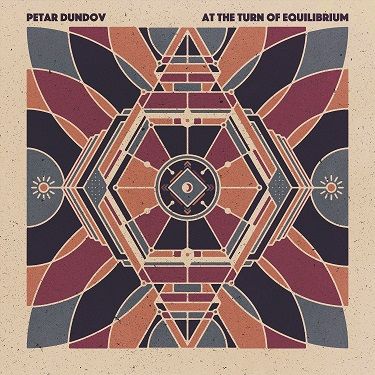 Petar Dundov - At The Turn of Equilibrium

“Expect the story of life as a self-reinforcing structure that never reaches the perfect balance. The concept behind the album is to bring awareness that the balance is an illusion and that’s why it’s called ‘At The Turn of Equilibrium’.  Petar Dundov

​Petar Dundov, a stalwart of the Croatian scene and a fine purveyor of sophisticated melodic Techno, has been a prominent and respected name within underground dance music for over two decades. Throughout his career, the gifted Croatian has achieved much praise and recognition through releasing no less than four acclaimed artist albums (‘Sculptures 1-3’ 2001, ‘Escapements’ in 2008, ‘Ideas From The Pond’ in 2012 and ‘Sailing Off The Grid’ in 2013) and performing at some of the world’s best clubs and festivals such as; I Love Techno (BE), EXIT (RS), Awakenings (NL), Berghain (DE), Womb (JP), Air (NL), Fuse (BE) and Space Ibiza (ES).

The inspirational eight-tracker, ‘At The Turn of Equilibrium’, is Dundov’s fifth long-player and encompasses all of the inimitable production qualities of his previous albums whilst exploring a broader set of moods and themes, delivering what feels like his most accomplished work to date. Dundov explains “This time, in addition to using more sound textures I introduced parts with classical instruments like piano and strings. As the album is about life and how it evolves, from purely a physical body to a thinking person, the songs are sequenced from faster, simple-rhythmic, cyclic, body moving tracks to slower, more complex layered, beatless mind tracks.”

The album’s impassioned opener, ‘Then Life’, commences the release by taking us on a captivating journey of complex melodies and soothing ambient textures. The album continues by showcasing a wealth of hypnotic masterpieces such as the dark and slow-burning ‘The Lattice’, the thought-provoking ‘Before It All Ends’ and the Kraftwerk-esque ‘Midnight Orchestra’.

Other highlights include, the Vangelis-influenced up-tempo groover ‘Mist’, the lush ambient soundscape ‘New Hope’, the uplifting and emotional ‘Missing You’ and the hugely stimulating synth-driven melodic work-of-genius ‘Everlasting Love’ which concludes the album.

’At The Turn of Equilibrium’ is a very absorbing and imaginative album that’s been driven by Dundov’s eternal quest of translating sound into emotion. Developed like a well-constructed DJ set, the album has not only been designed to invoke personal insight for music to be the catalyst for understanding but also make sense as a listen, highlighting Dundov’s unparalleled talent, depth and versatility as a DJ/producer.

’At The Turn of Equilibrium’ is available via Music Man Records on May 6th 2016.