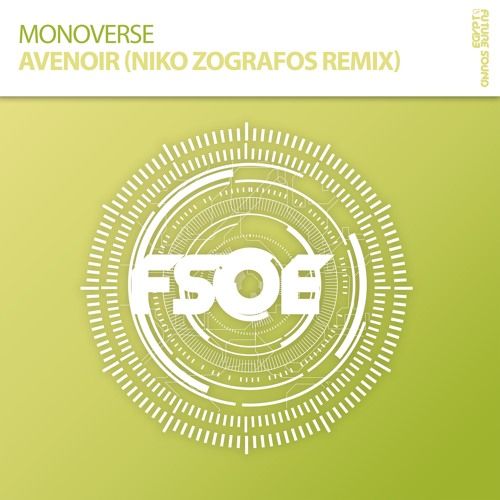 San Francisco's finest Niko Zografos impresses Aly & Fila with his brand new remix of Monoverse – Avenoir. The founder of one of the most influential trance moments in the West Coast – Phoria Events, Niko has moved from being a resident at Ruby Skye to being known on a global scale.

Initially premiered by no other than Aly & Fila, the uplifting and emotional remix is sure to please every trance fan's musical palette. A touch of classic elements, combined with teasing vocal chops deliver euphoric feelings and is set to bring some tears out on dancefloors worldwide.

Phoria then became the inspiration for Niko's radio show and first his release of Future Sound of Egypt.

Aly & Fila soon caught steam of Zografos after falling under the bewitching melodies of “Phoria”, a collaboration with Mitka. The track was an instant hit when Zografos premiered it at a packed Ruby Skye, followed by instant support from Aly & Fila and Armin van Buuren. The track gained more worldwide with touching remix by French star Ferry Tayle.

As one the U.S.’s fast rising trance stars for the past 2 years, Zografos was brought on to play for FSOE400 at the Civic National Civic San Jose and FSOE450 Los Angeles at the Hollywood Palladium. Niko Zografos achieved other milestones by playing Electric Daisy Carnival Las Vegas 2016 & 2017, Dreamstate SoCal 2016, & ADE In Trance We Trust 2017.

2018 plans include being part of the In Trance We Trust lineup in LA next month.