Axwell – Center Of The Universe 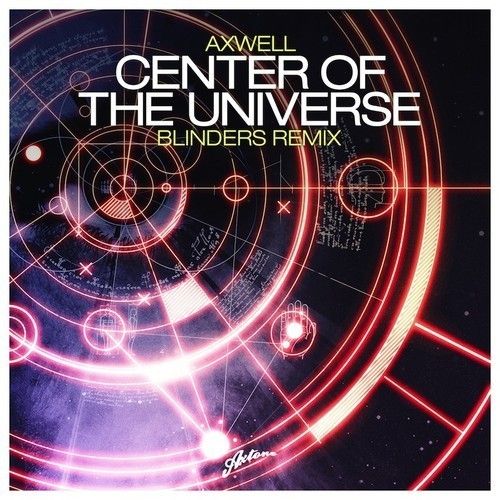 Axwell – Center Of The Universe

2013 has been a busy year for Axwell. Current single and last week’s Beatport Number 1 record ‘I Am’, a recent collaboration with Sick Individuals, featuring US vocalist Taylr Renee, is continuing to dominate the clubs… And today Axwell release a brand new remix of recent single ‘Center of the Universe’ from up and coming Polish DJ/producer Blinders, officially released on Axtone. Having made some serious waves over the summer, ‘Center of the Universe’ has already become a classic.

This remix has ramped everything up into an even more anthemic piece of big room electro-house with harder kicks, uncompromising electro synths, and bigger build-ups, leaving space for the reworked vocals of Swedish singer Magnus Carlsson to ring through.

The new remix was originally a re-edit sent to the label as a demo that is now being released in it’s own right – A clear indication that Axtone do check through their submissions to find genuine talent!

‘Center Of The Universe’ works on the classic anthemic progressive house sound that Axwell and his label have made their own and was released on Axtone earlier this year – an acclaimed track also used in Carlsberg’s ‘Where’s The Party?’ campaign.

As well as being a resident DJ this summer for Departures at Ushuaia alongside fellow Swede and friend Sebastian Ingrosso, Axwell is finishing off the final leg of One Last Tour – Swedish House Mafia’s final World Tour. Other highlights include his biggest ever solo hometown show in Stockholm ‘Where’s The Party by Carlsberg’, Summerburst festival in Sweden, Belgium’s worldwide famous Tomorrowland and their new sister festival Tomorrowworld, and a residency at The Light Vegas.