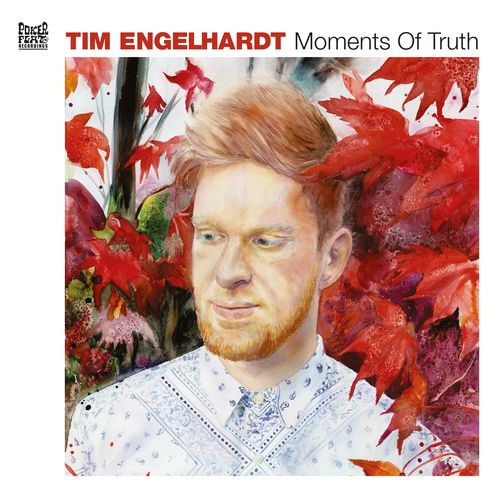 Prodigious Germany producer Tim Engelhardt will release the ten-track studio album Moments Of Truth on Poker Flat this May: an intricately produced, emotive electronic album that includes some of the young artist’s finest work to date.

Cologne’s electronic music community just keeps on giving, drawing on a dense plethora of fresh talent ready to shake up the industry. The latest ace up the city’s sleeve is Tim Engelhardt, part of a new breed of incredibly versatile young producers that combine extensive musical knowledge with intuitive playfulness and multiple perspectives on sound.

Tim’s background as a pianist is all too apparent in the care he takes over harmonies and the expanded melodic structure of his compositions. That’s just one side of the story however, with the organic fluidity and atmospheric dexterity of his music clearly inspired by the rolling hills and sprawling forests of Germany’s Westerwald – one of the country’s best-known mountain ranges that has already caught the imagination of artists such as Dominik Eulberg and Gabriel Ananda.

Tim releases his first single at the outrageously young age of 14, and has since grown his portfolio with outings on labels such as Traum Schallplatten, WIR and Babiczstyle. His breakthrough release however was the 2015 EP ‘Everything Is All You Have’ on Steve Bug’s iconic Poker Flat imprint, followed by ‘Enigmatism’ on the same label. The relationship proved fruitful for both label and artist, with Poker Flat Recordings now proudly presenting Tim’s debut album Moments Of Truth.

Exuding an extraordinary maturity from the outset and throughout, Moments Of Truth opens with the undulating melody of the title cut given ample room to breathe until a bass drum gently joins the proceedings.  From there, Tim carefully nurtures the album’s flow with ‘Solitude’, an expert exercise in atmospheric grooves, and the sparkling ‘The Myths Of You’, whose exquisite melancholy and virtuoso synth laments will give even the most hardened critic goosebumps.

A heart-warming detour into electronic  balladry, ‘Eyes Closed’ features stunning vocals by Forrest, attesting to Tim’s ability as an accomplished songwriter with a keen ear for emotional impact. ‘When The Distance Disappears’, ‘Kissing Your Eyes’ and ‘Beyond Time’ are more dancefloor-focussed affairs, with spirited chords and crisp percussion, followed by mellow belter ‘Azimute’ and the wonderfully nostalgic ‘I Am Here’. Closing ambient track ‘Endless’ wraps up the journey by diving into a starry night sky, providing yet more evidence for Tim’s prowess in all things heartfelt and electronic, with or without a kick drum.

“If I had to describe the album, it would be like this: it’s mainly songs that I recorded at night, they are memories of deep, honest and vulnerable moments where everything around me disappeared and I was just absolutely lost.” Tim Engelhardt

VINYL TRACKLIST
A1. When The Distance Disappears
A2. Kissing Your Eyes
A3. Eyes Closed feat. Forrest
B1. Solitude
B2. The Myths Of You
B3. Moments Of Truth