Ginny Vee - Give Me Dynamite 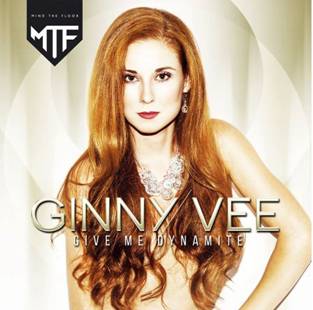 Ginny Vee - Give Me Dynamite

Italian born singer Ginny Vee releases dance pop anthem ‘Give Me Dynamite’ after being spotted by former LA producer Christian DeWalden who set her up with Vanni Giorgilli and Pete Chiesa at Mind The Floor. The infectious single has a Northern European house sound, with a feel good style featuring Vee’s raw clear vocals. The upbeat single was arranged by Steve Manovski (co producer and co writer of Sigala’s hit single ‘Give Me Your Love’). It was recently taken to the Amsterdam Dance Event where it was immediately snapped up by Disco:Wax (Sony).

Stream ‘Give Me Dynamite’ here: http://www.ginnyvee.com/

It’s been a tough road for Ginny, with her family often suggesting she “get a secure job” any time she spoke of a career in music. Firstly Vee went law school but she soon left to follow her passion and joined a creative arts school. She then worked as a model and travelled to LA where she pursued an acting career, working on set with Michael Rooker. However Ginny’s passion was always singing and the cover group Belle Ma Belle was formed where she has worked alongside some of the biggest names in the Italian music industry. After a few years she made the break from the group and headed in her own direction.