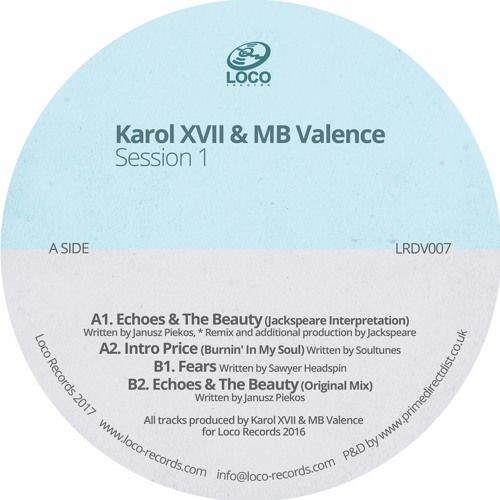 Right after a short break on Loco Records, the Polish duo of producers Karol XVII & MB Valence return to present a series of EPs entitled "Sessions". There are currently two episodes ready to come out: "Day Session", and "Night Session" with a consequent vinyl release called "Session".

The duo Karol XVII & MB Valence have been present on the music market for over 10 years now. The gentlemen have been known and appreciated worldwide for their compositions, remixes, DJ sets and the technical quality of their productions. They were announced as the best Polish DJs of 2008 by DJ MAG. Also, they got nominated for The Beatport Music Awards 2010 as Best Deep House Artist besides the likes of Gorge, Milton Jackson, Jimpster and Nick Curly. The duo are actually founders of Loco Records – the label which appeared in the Top 10 of Beatport's Best of 2010 Deep House charts with three of its productions.