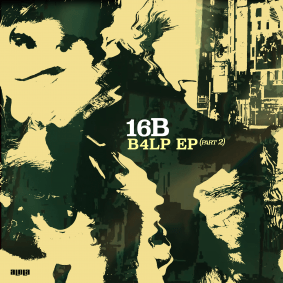 London’s 16B aka Omid Nourizadeh returns for the second release of his ‘B4LP’ series ahead of next year’s album.

Omid has long since established a reputation as one of the UK’s key players, with his labels SexOnWax, Disclosure and Alola providing a platform for artists like Mr C, Pete Moss, DJ Vibe and Vince Watson, not to mention his own formidable discography featuring appearances on Bedrock, Tsuba and Yoshitoshi, as well as remixing Lana Del Rey. Having released numerous albums in the past, 2018 sees 16B release his largest project yet as it navigates through house, techno, ambient and electronica. This release marks the second of three samplers showcasing what’s to come.

‘You & Me’ initiates with a chilling ambience before a heady melody is joined by dusky effects. ‘Strip’ is more subdued in comparison, focusing heavily on atmosphere and subtle percussion until the esoteric ‘Basically’ concludes the package with echoing notes and twisted nuances.

You & Me
Strip (Live)
Basically