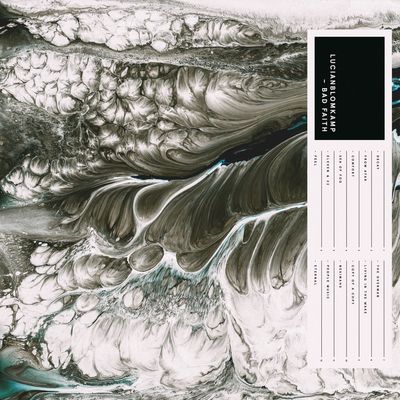 Prolific Melbourne multi-instrumentalist/producer LUCIANBLOMKAMP has today announced his eagerly-awaited second LP 'Bad Faith', due out on Good Manners on 1st April. To coincide with this news, Pigeons & Planes are premiering album track 'The Overman'; a multi-layered, pulsing and emotive offering, which they describe as "atmospheric ear candy".

'Bad Faith' is the successor to LUCIANBLOMKAMP's exploratory 2014 debut 'Post-Nature'. The record put him squarely in people’s sights, along with its lead single 'Help Me Out', which was nominated for an AIR Award for 'Best Dance, Electronica or Club Single' and added to rotation on Triple J, FBi and RRR.

Lucian went on to win FBi Radio’s Northern Lights competition, earning him a place on the lineup of the Iceland Airwaves Festival alongside Caribou and The Flaming Lips. He’s played at (among others) Splendour in the Grass, BIGSOUND, Melbourne Music Week, as well as supporting the likes of xxyyxx and Pantha Du Prince, and his follow-up promises to usher in even bigger things.

In 'Bad Faith', the classically-trained Blomkamp embraces the endless possibilities of the electronic medium to make polished yet provocative music, that has a kind of beautiful sadness to it. His musical background and eclectic influences coalesce into an inventive style that is uniquely his own.

'Bad Faith' will be released 1st April 2016 on Good Manners (a subsidiary of Caroline AUS). Stay tuned for more news to follow.